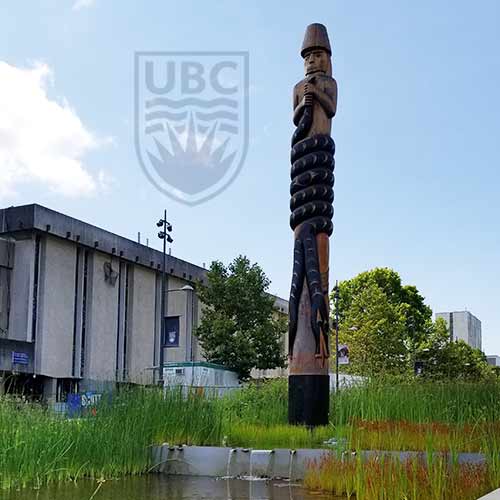 Shannon Rupp's polemic against my research on July 20 ("Pitching Woo-Woo: Why is UBC promoting New Age pseudoscience?") is replete with sneers, smears and emotive rhetoric. She accuses the "alternative ideas community" of using "propaganda techniques, including half-truths, misinformation and meaningless buzzwords." Ironically, this is a good description of Rupp's own methods.

Rupp seems more interested in advocating a kind of censorship than in the pursuit of science. After criticizing UBC for hosting a lecture by me, and the Georgia Straight for publishing an article about my work, she quoted a habitual debunker as saying that it was "intellectually unethical" for universities and newspapers "to be so careless." She is worried that they are giving me "legitimacy." But Rupp was so carried away by her crusading zeal that she herself was careless, and arguably unethical.

For those who are interested in the facts, my current academic appointment is as the Perrott-Warrick Scholar at Trinity College, Cambridge. Trinity College is not generally regarded as an organization promoting pseudoscience, and its Master, Martin Rees, is President of the Royal Society, Britain's leading scientific body, of which I used to be a Research Fellow.

Hit rates
When it came to my research on the sense of being stared at, Rupp airily referred to "easily available scientific studies that prove people have no more than a random chance of knowing when they're stared at." Either she was deliberately trying to deceive her readers or she hadn't done her homework. My experiments on the sense of being stared at have been widely replicated. Even several members of CSICOP, the skeptical advocacy organization that Rupp commends to readers of The Tyee, obtained positive results in their initial studies, although they hoped to refute the phenomenon. The most complete and up-to-date discussion of this evidence, including a meta-analysis of tens of thousands of trials, together with comments by skeptics, was published in June 2005 in a special issue of the Journal of Consciousness Studies (Volume 12, No. 6), details of which can be found online here: Sheldrake and His Critics: The Sense of Being Glared At

Most people claim to have had personal experiences of telepathy, especially in relation to telephone calls. Does that mean they are "stupid," as Rupp believes?

The only way to find out is to do experimental research. In my own experiments on telephone telepathy, the subjects choose four callers and supply their names and telephone numbers. During a prearranged experimental period, they sit by a landline telephone (of course with no caller ID display) and are filmed continuously to ensure that they are not receiving other telephone calls or emails. For each trial, one of their callers, usually many miles away, is picked at random, by the throw of a dice, and asked to call the subject. When the phone rings, the subject has to guess out loud who's calling, before picking up the receiver. By chance they would be right about one time in four, in other words with a hit rate of 25 per cent. In fact the average hit rate was 45 per cent, highly significant statistically, with odds against chance of more than a billion to one. These experiments have now been replicated independently, with significant positive results, at the University of Amsterdam.

In similar experiments on e-mail telepathy, the hit rate was 47 per cent, as opposed to 25 per cent by chance, again highly significant statistically. The full texts of my papers on telepathy, published in peer-reviewed journals, complete with details of the procedures and statistical analysis, are available on my web site.

I believe that it is scientific, not pseudoscientific, to do research on unexplained phenomena and to base one's opinions on empirical evidence. By contrast, it is anti-scientific to try and suppress enquiry and discussion on the basis of dogmatic beliefs.

London debate
I took part in a debate on telepathy with one of Britain's leading skeptics, Professor Lewis Wolpert, at the Royal Society of Arts in London, with a High Court Judge in the chair. Like Rupp, Wolpert regarded research on this subject as pseudoscience. According to a report on this debate published in the scientific journal Nature, many in the audience accused Wolpert of "not knowing the evidence" and being "unscientific."

Healthy skepticism is a normal part of science, and is built into the scientific process, for example, through the peer-review system. But dogmatic skeptics are more interested in propagating their own beliefs than in scientific evidence. For a critical look at skeptical organizations and a who's who of media skeptics see SkepticalAboutSkeptics.org.

Try it yourself
Try an online telepathy test for yourself on my website, http://www.sheldrake.org/. The test requires you to have two senders online at the same time, and takes about 10 minutes. You receive your detailed results at the end of the test.

Rupert Sheldrake's web site describes him as "a biologist and author of more than 75 scientific papers and 10 books."