Related Research by Others 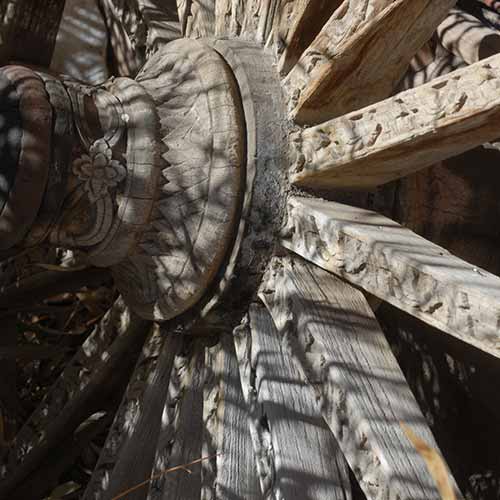 Abstract
This paper examines the central theoretical concepts in the work of Rupert Sheldrake. The first section examines Sheldrake’s account of morphic fields and questions whether difficulties arise when these concepts are extended upwards from the biological level. The second section reviews Sheldrake’s concept of extended mind and considers the criticism that it is reductionist about mentality. In considering both of these criticisms it is argued that Sheldrake’s theories can be taken in a reductive direction, but need not be. The third and final section draws on the work of Joseph Bracken and David Ray Griffin to suggest a panpsychist metaphysics of field as one possible way that Sheldrake could sidestep these dangers and strengthen his approach.

Distant intentionality and the feeling of being stared at: Two meta-analyses

Abstract
Findings in parapsychology suggest an effect of distant intentionality. Two laboratory set-ups explored this topic by measuring the effect of a distant intention on psychophysiological variables. The 'Direct Mental Interaction in Living Systems' experiment investigates the effect of various intentions on the electrodermal activity of a remote subject. The 'Remote Staring' experiment examines whether gazing by an observer covaries with the electrodermal activity of the person being observed. Two meta-analyses were conducted. A small significant effect size (d =.11, p = .001) was found in 36 studies on 'direct mental interaction', while a best-evidence-synthesis of 7 studies yielded d = .05 (p = .50). In 15 remote staring studies a mean effect size of d = 0.13 (p = .01) was obtained. It is concluded that there are hints of an effect, but also a shortage of independent replications and theoretical concepts.

Do You Know Who is Calling? Experiments on Anomalous Cognition in Phone Call Receivers

Abstract
Many people report that they know in advance who is on the phone when the telephone is ringing. Sheldrake and Smart [1, 2] conducted experiments where participants had to determine which one of four possible callers is on the phone while the telephone was still ringing. They report highly significant hit rates that cannot be explained by conventional theories.

We attempted to replicate these findings in a series of three experiments. In study one, 21 participants were asked to identify the callers of 20 phone calls each. Overall 26.7 % were identified correctly (mean chance expectation 25%, ns). In a second study a pre-selection test was introduced in a different experimental setting. Eight participants identified 30% of the calls correctly (p = .15). However one of the participants recognized 10 out of 20 calls correctly (p = .014). We conducted a third study with only this participant. In an additional 60 trials she could identify 24 callers correctly (p = .007). We conclude that we could not find any anomalous cognition effect in self-selected samples. But our data also strongly suggest that there are a few participants who are able to score reliably and repeatedly above chance.

Who's Calling At This Hour? Local Sidereal Time and Telephone Telepathy

Abstract
Can we guess who is calling us on the phone before picking up, and does local sidereal time (LST) affect how often we guess right? Reviews of anomalous cognition studies have shown that effect sizes are highest around 13.30 LST (Spottiswoode, 1997). A post-hoc analysis of telephone telepathy data of Sheldrake (2003) also showed a peak at that time. LST (peak or non-peak) was an independent variable in our prospective telephone telepathy study. Six women who indicated they often experienced telephone telepathy were selected to participate. Each participant chose four close friends or relatives to act as callers. All completed a total of 36 trials; six sessions of six trials each, three sessions at peak time (between 8.00 and 9.00 local time) and three at non-peak time (between 17.30 and 18.30 local time). One of the experimenters was at the participant's home during the sessions. The experimenter made sure no irregular communication was going on and logged times of the calls and responses of the participant. At a different location another experimenter used a dice to select a caller about five minutes before the scheduled trial. Then he or she contacted the caller who was asked to call the participant in five minutes and to concentrate his or her thoughts on the participant for the last two minutes before the call was made. When the phone rang at the participant's home, the participant guessed who she thought was calling before picking up. Analyses show a significant over-all scoring rate of 29.4% (p = .05). Almost all of this effect originates from the sessions at peak time with a scoring rate of 34.6%. Exploratory analyses show that a stronger emotional bond between particpant and caller is associated with a higher hitrate. It is concluded that results provide tentative support for the hypothesis that Local Sidereal Time is related to a phenomenon like telephone telepathy. In addition, the results are in support of the existence of telephone telepathy. Other explanations of the anomalous effect cannot be ruled out, such as precognition, retro psychokinesis by the experimenter or the participant so the dice throw would coincide with the particular caller the participant would guess, or clairvoyance of the dice throws. Future studies should aim at teasing apart the supposed effects of LST and local time on 'telephone telepathy.'

Rupert Sheldrake and the Objectivity of Science

Abstract
Controversial biologist Rupert Sheldrake has recently published surveys suggesting that much of the current research in science may suffer from an important methodological problem that could seriously challenge the validity of many scientific findings. This article sets in motion a project designed to assess the impact of Sheldrake's provocative findings.

Abstract
I received two books by Rubert Sheldrake as a gift from Marc McWilliams, who has for years helped me by reporting about problems at my homepage and sending links to interesting articles. The titles of the books of Sheldrake are "A new Science of Life: the Hypothesis of Formative Causation and "The Presence of the Past: Morphic Resonance and Habits of Nature}". The titles reveal the two basic notions underlying the vision of Sheldrake. What makes the study of the books so rewarding is that Sheldrake starts from problems of the existing paradigm, analyzes them thoroughly, and proposes solutions in the framework provided by his vision. There is no need to accept Sheldrake's views, just the reading of his arguments teaches a lot about the fundamental ideas and dogmas underlying recent day biology and forces the reader to realize how little we really know - not only about biology but even about so called established areas of physics such as condensed matter physics. These books are precious gems for anyone trying to build overall view. TGD approach would allow physical interpretation for morphic fields making possible remote gene expression and perhaps even remote genetic engineering. The past of species would affect the recent species. Both spatial and temporal non-locality would be key elements of life making possible memory and planned action.

Abstract
Sheldrake's paper claims that the results of the experiment which we jointly planned, and which was conducted by myself and Ms Harrison, are in conformity with the hypothesis he describes as "formative causation". Before demonstrating that Sheldrake's interpretation of these results is invalid, and that they by no means confirm his hypothesis, I wish to comment briefly on the background to the experiment. His book A New Science of Life seemed when I first read it, and still seems, to propose an entirely empty hypothesis. The circumstances in which novel hypotheses (paradigms) become important in science have been well described by Thomas Kuhn; they emerge when there is an accumulation of observational anomalies which existing hypotheses cannot account for, or when a theory becomes excessively cumbersome and "inelegant" and the alternative seems to handle the same material more coherently. To Kuhn's account we can, at least in the particular context of the present discussion, add the well-worn view that to have utility, a hypothesis should be capable of disconfirmation.

Testing the theory of morphic resonance using recognition for Chinese symbols: A failure to replicate

The Journal of the American Society for Psychical Research January 2011
by C. Roe and G. Hitchman PDF

Abstract
Rupert Sheldrake’s theory of morphic resonance suggests a means by which the thoughts or behaviours of physically isolated members of species can converge in a manner that would not be expected by other forms of learning such as imitation. The proposed mechanism is via what is termed a ‘morphogenetic field’, a purported collective record of intra-species learning which subsequently shapes and stabilises the behaviours of future generations of organisms. In the human realm, Sheldrake has suggested that the acquisition of language should be influenced by the morphic resonance of past speakers of the language. Parapsychological tests of the theory have thereby typically consisted of learning activities involving a language unfamiliar to the participant. For example, Robbins and Roe presented participants with 10 Chinese symbols, 5 of which were genuine Mandarin Chinese characters whereas the other 5 were imitative symbols designed to appear authentic but having no meaning to Mandarin Chinese speakers. Participants were subsequently given a memory task in which they were asked to identify the symbols they had seen from a larger pool of 20 symbols (10 genuine, 10 imitative) containing all of the 10 originally presented. As predicted by the theory, participants were found to correctly recall more of the genuine characters compared with the imitative characters, and also exhibited more false memories of the genuine characters. Their bias towards recalling more genuine characters was also correlated with a measure of transliminality. However, potential shortcomings were identified within the experimental design. Most notably, as no methodical controls had been employed when contriving imitative symbols, it was possible that the genuine characters used in the study were in some way inherently more memorable than the imitative symbols which could alone account for the observed effects. The current study therefore attempted to replicate the findings of Robbins and Roe but drew upon a larger set of more systematically manipulated genuine and imitative characters, and used a more comprehensive system of randomising across participants. One hundred and one participants were shown, in a randomised order, 8 genuine and 8 imitative characters from one of three sets. They then took part in a distractor task by playing ‘scissors-paper-stone’ against a computer opponent for 1 minute. Subsequently, participants were presented with symbols in pairs (one genuine and one imitative) matched with each other for complexity and radical component (a key element of the character) and asked to indicate if they recalled seeing either character at the presentation stage. For some trials, participants had previously seen one of the characters whereas in others, both symbols were novel. Contrary to the previous study, participants correctly identified a similar number of real and imitative characters, whereas they exhibited more false memories for the imitative. Furthermore, the proposed relationships between the purported morphic resonance effect and transliminality and openness to experience were not supported. The enhanced experimental controls are thought to be the most salient explanation for the nullification of results.

Abstract
It is strongly evidenced that dendritic arbors of neurons reveal fractal geometries which is non-euclidean [1]. For example, The vestibular-Ocular system receive information by the vestibular system as input and after transform the three dimensional sensors into the six motors or muscles that control the eyes movement as output. Now the output system con be representer in euclidean three dimension space but this create a lost of the problems. With the inspiration from morphic computing [13-24], we argue that the brain changes the local geometry of the output system in a way to take care of the nonlinearity of the muscles system. Brain compensates the nonlinear geometry by suitable adaptive point of view or geometry. In this paper we give a more general representation of the morphic computing inspired Hopfield-like neural net model. The quantum Hopfield neural net model and quantum holography can be extended to nonorthogonal pattern code which geometry change in anytime. In the traditional Hopfield system geometry is always the same Euclidean with fixed metric.

A growing list of articles published mostly in the 21st century, plus other resources, compiled by Dean Radin