I’m currently seeking experiences from the public. Please write if you can answer yes to any of these questions.

Terminal Lucidity in Animals: Did your pet with dementia regain lucidity before death?

This is an appeal for information about experiences with dogs, cats and other animals that are about to die. I am trying to find out if ‘terminal lucidity’, whereby some people with dementia recover their memory and clarity soon before dying, occurs in non-human animals too.

Can you tell whether a house is occupied or not?

A former repairer of domestic appliances has told me that he visited at least 40 houses a week, and that quite often people were not at home even if an appointment had been made. He found that when he got to the house, even though there were no external clues, he could tell whether someone was at home or not with remarkable accuracy. Have you ever had this kind of experience? 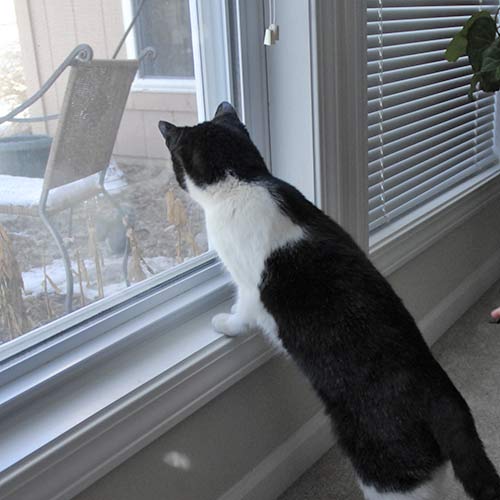 Does your cat know who's calling?

Some people's cats seem to know when a particular person is calling, and get excited. Some cats sit by the telephone until it is answered. They ignore calls from people they are not interested in. We would like to hear from anyone who has noticed cats responding to phone calls. Some dogs and parrots also seem to respond to calls from people they know and we would like to hear about them too.