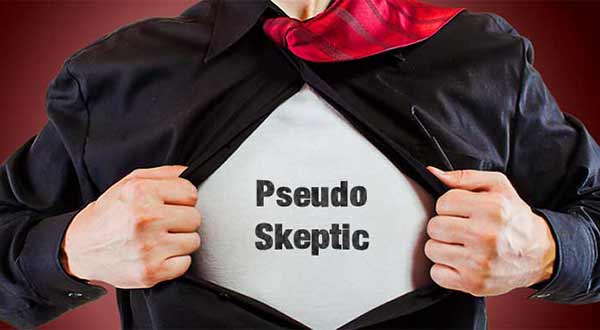 Healthy skepticism plays an important part in science, and stimulates research and critical thinking. Healthy skeptics are open-minded and interested in evidence. By contrast, dogmatic skeptics are committed to the belief that "paranormal" phenomena are impossible, or at least so improbable as to merit no serious attention. Hence any evidence for such phenomena must be illusory. Several such Skeptics have attacked my research on morphic resonance, the unexplained powers of animals, the sense of being stared at and telepathy.

Most of them are associated with CSI, the Committee for Skeptical Inquiry (formerly called CSICOP, the Committee for the Scientific Investigation of Claims of the Paranormal), an organization devoted to debunking evidence for "paranormal" phenomena, and to promoting skeptical claims in the media. CSI publishes the Skeptical Inquirer, 'the magazine for science and reason'.

For more about these and other skeptics, see:
SkepticalAboutSkeptics.org