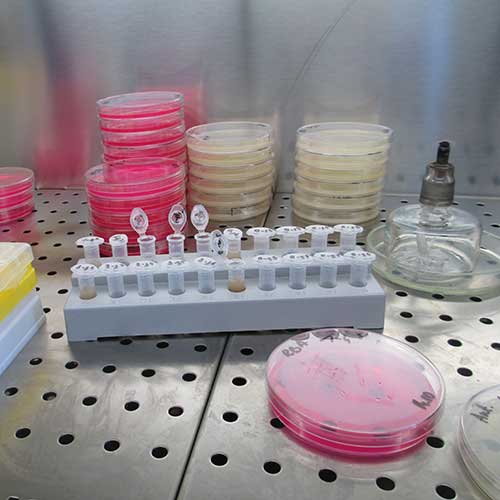 There is already evidence that such an effect takes place. Miroslav Hill, a cell biologist, made a very surprising discovery when he was Director of Research at the Centre National de la Recherche Scientifique in Villejuif, France in the 1980s. Cells seemed to influence other similar cells at a distance.

Hill and his colleagues were working with cell cultures derived from hamsters. They were trying to find mutant cells resistant to thioguanine, a toxin. The standard procedure was to expose cells to the poison and see if any survived as a result of rare random mutations enabling them to resist it. None did.

At this stage the normal procedure would have been to expose the cells to mutation-causing chemicals in order to increase the number of random mutations, and then try again. The conventional assumption is that mutations take place at random; they have nothing to do with adaptation to the environment. Instead, Hill’s group decided to follow a trick of the trade of laboratory technicians, not mentioned in official laboratory manuals. Instead of testing large numbers of cells at a single time to find rare mutants resistant to attack, the technicians tested successive generations of cells. At regular intervals they routinely subcultured the cells, taking rapidly growing cells and putting some of them in fresh culture medium. This process is called a passage. At the time of each passage, they also put some of the cells on top of dying cells in flasks containing the toxin. Sooner or later, resistant cells began to appear.

Hill and his colleagues decided to look for thioguanine resistance using a ‘serial assay’ method, which differed from the technicians’ procedure in that fresh flasks of toxic medium were used at each passage. The hamster cells were grown in a normal culture medium, and while still growing were divided into two samples. One was put into fresh culture medium so that it could go on growing; the other was put into a new flask of the toxic medium. Thus at each passage, some cells were assayed for thioguanine resistance, while the others went on growing normally (Fig 1).


To start with, the cells they placed in a thioguanine assay medium failed to grow. But after several passages, some cells were able to survive and proliferate in the toxic medium. At the next passage, even more of the cells survived the toxin. The descendants of these cells were also able to grow in the toxic assay medium; they inherited this resistance. 1

Hill and his colleagues did another experiment to see if the same process could be repeated with a different poison, ethionine, not previously used in toxicity studies with hamster cells. For the first 30 passages, over a 15-week period, the cells exposed to ethionine failed to survive and divide.

The subsequent passages were characterised by a sudden appearance of cells that grew and divided. These were more frequent from passage to passage. Thus ethionine resistance occurred in cultures growing without selection, and arose in response to a toxic ethionine stress in parallel, physically separated cultures. 2 The ethionine resistant cells gave rise to descendants that inherited their resistance.

Hill’s team then investigated whether the same techniques would enable hamster cells to adapt to high temperatures. The cells were grown, as usual, at 370C, and at each passage, a sample was withdrawn and assayed for growth at 40.60C.

Cells in the first sample died within 3 days, in the second they survived a profound crisis and gave rise to 11 colonies, and in the third they became established after a barely noticeable crisis. These cells then grew continuously as a cell line at 40.60C.

In a second phase of the experiment, this cell line was kept growing at 40.60C and samples were withdrawn at each passage and assayed at 41.30C. No cells survived at this elevated temperature for 31 passages. Then tolerant cells began to occur in small numbers, then more frequently and finally in large numbers. This new strain could thereafter be grown indefinitely at 41.30C. In further experiments, Hill’s team succeeded in establishing a strain that could grow at an even higher temperature, 42.00C, but were not able to go higher.

Hill’s conclusion was that ‘Cells are more likely to survive an attack if their close relatives have already experienced such an attack’. He argued that this showed that ‘there is an additional flow of information, not mediated by DNA, which may be referred to as adaptive information’.

How was this adaptive information transmitted to close relatives? Hill suggested it happened because some of the cells under attack and some of the cells in the normal culture were sisters, separated at the most recent passage. Because they were descendants of the same mother cell, they were ‘entangled’ in the sense of quantum physics. According to quantum theory, systems that were part of the same system in the past remain linked, even when miles apart, such that a change in one is immediately accompanied by a change in the other, a phenomenon that Albert Einstein described as ‘spooky action at a distance’. There is good experimental evidence that entanglement (also known as quantum non-locality, or quantum non-separability) really happens. Hill suggested that sister cells are not just analogous to, but actually are, entangled quantum systems.

Hill proposed that the some of the cells struggling for survival adapted in such a way that they could resist the toxin, and their entangled sister cells underwent a similar adaptation even though they were not exposed to the toxin. Some of the descendants of these unexposed sister cells were carried over at the next passage to the assay conditions, and when they come under attack they were already resistant. Thus, passage-by-passage, the proportion of resistant cells increased in cells growing under normal conditions. 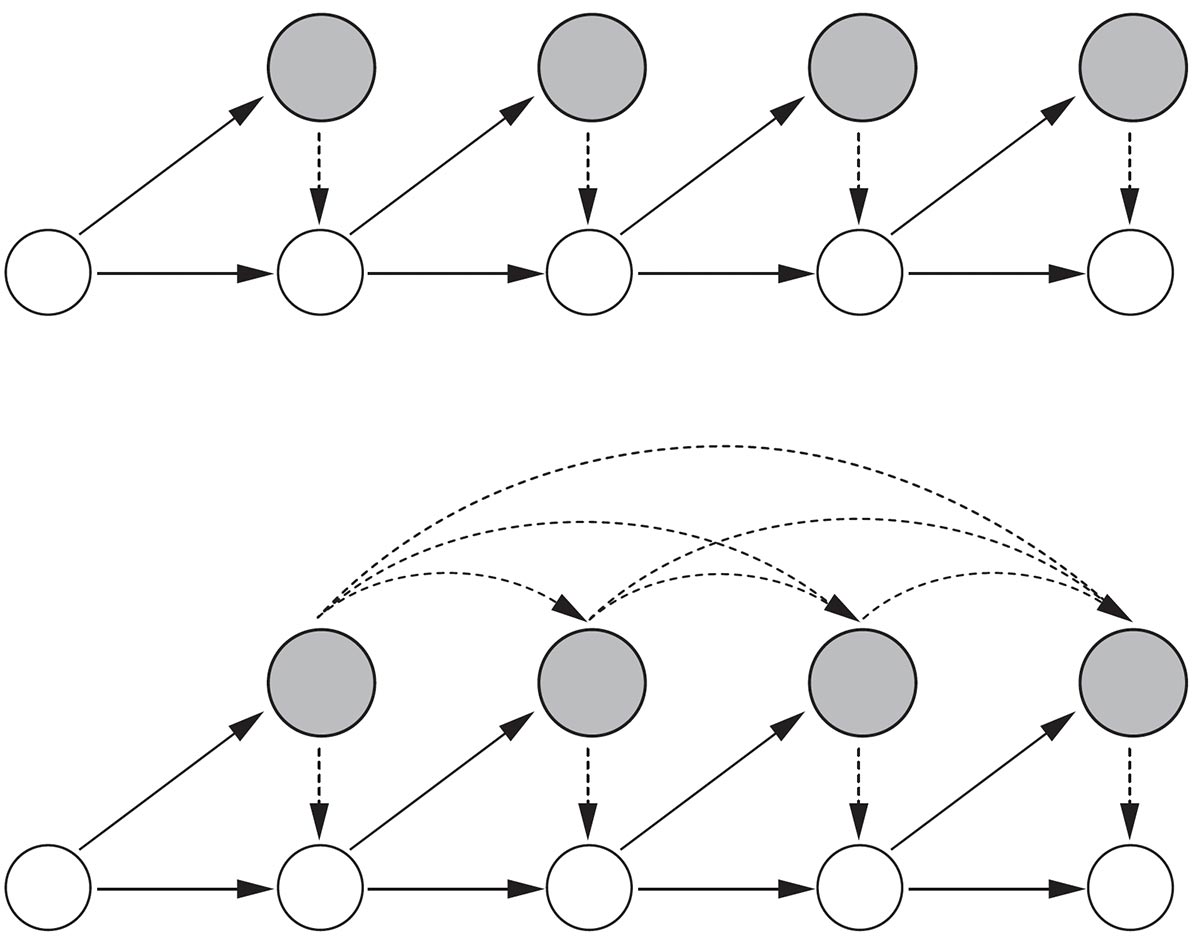 These interpretations make different predictions that can be tested by experiment. Mouse cells could be used instead of hamster cells to avoid any morphic resonance from Hill’s previous experiments. Two cell lines, A and B, are derived from a common ancestral culture. A is simply transferred to new normal medium in passage after passage, with no samples subjected to attack. B is subcultured following the Hill serial assay procedure, with some of the cells put under attack at each passage (see Figure 3 below). Say that resistant cells in line B arise at passage 5. The entanglement hypothesis predicts that adaptation should increase in the normal cells in line B but not in line A. Starting at passage 5, line A is now subcultured at each passage following the Hill procedure, and subcultures are subject to the same attack as those in line B (Fig. 3). The entanglement hypothesis suggests that there will be about 5 passages before the cells under attack begin to develop resistance, as before. But the morphic resonance hypothesis suggests that resistance should begin to appear within one or two passages, because of morphic resonance from cells in line B.

Similar experiments could be done with cultures of bacteria or yeasts.

1 Hill (2000), Adaptive state of mammalian cells and its nonseparability suggestive of a quantum system. Scripta Medica 73, 211-222.