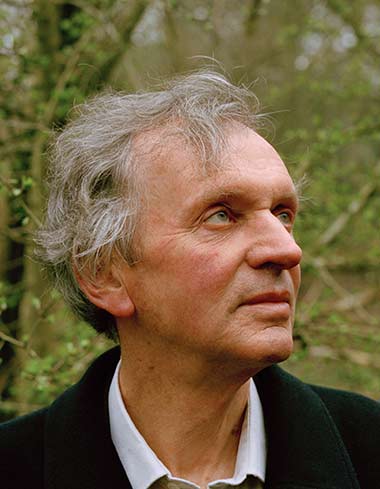 Rupert Sheldrake is a biologist and author of more than 90 scientific papers and 9 books, and the co-author of 6 books. His books have been published in 28 languages. He was among the top 100 Global Thought Leaders for 2013, as ranked by the Duttweiler Institute, Zurich, Switzerland's leading think tank. On ResearchGate, the largest scientific and academic online network, his RG score of 33.5 puts him among the top 7.5% of researchers, based on citations of his peer-reviewed publications. On Google Scholar, the many citations of his work give him a high h-index of 38, and an i10 index of 102. For nine years running he has been recognized as one of the 'most spiritually influential living people in the world' by Mind Body Spirit magazine.

He studied natural sciences at Cambridge University, where he was a Scholar of Clare College, took a double first class honours degree and was awarded the University Botany Prize (1962). He then studied philosophy and history of science at Harvard University, where he was a Frank Knox Fellow (1963-64), before returning to Cambridge, where he took a Ph.D. in biochemistry (1967). He was a Fellow of Clare College, Cambridge (1967-73), where he was Director of Studies in biochemistry and cell biology. As the Rosenheim Research Fellow of the Royal Society (1970-73), he carried out research on the development of plants and the ageing of cells in the Department of Biochemistry at Cambridge University. While at Cambridge, together with Philip Rubery, he discovered the mechanism of polar auxin transport, the process by which the plant hormone auxin is carried from the shoots towards the roots.

From 1968 to 1969, as a Royal Society Leverhulme Scholar, based in the Botany Department of the University of Malaya, Kuala Lumpur, he studied rain forest plants. From 1974 to 1985 he was Principal Plant Physiologist and Consultant Physiologist at the International Crops Research Institute for the Semi-Arid Tropics (ICRISAT) in Hyderabad, India, where he helped develop new cropping systems now widely used by farmers. While in India, he also lived for a year and a half at the ashram of Fr Bede Griffiths in Tamil Nadu, where he wrote his first book, A New Science of Life, published in 1981 (new edition 2009). 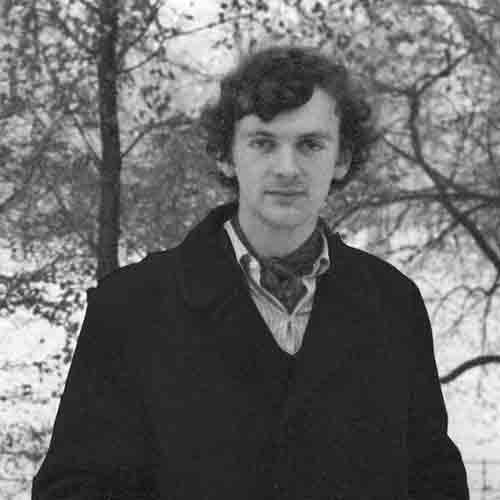 Since 1981, he has continued research on developmental and cell biology. He has also investigated unexplained aspects of animal behaviour, including how pigeons find their way home, the telepathic abilities of dogs, cats and other animals, and the apparent abilities of animals to anticipate earthquakes and tsunamis. He subsequently studied similar phenomena in people, including the sense of being stared at, telepathy between mothers and babies, telepathy in connection with telephone calls, and premonitions. Although some of these areas overlap the field of parapsychology, he approaches them as a biologist, and bases his research on natural history and experiments under natural conditions, as opposed to laboratory studies. His research on these subjects is summarized in his books Seven Experiments That Could Change the World (1994, second edition 2002), Dogs That Know When Their Owners Are Coming Home (1999, new edition 2011) and The Sense of Being Stared At (2003, new edition 2012).

The Science Delusion in the UK and Science Set Free in the US, examines the ten dogmas of modern science, and shows how they can be turned into questions that open up new vistas of scientific possibility. This book received the Book of the Year Award from the British Scientific and Medical Network. His two most recent books Science and Spiritual Practices and Ways to Go Beyond And Why They Work are about rediscovering ways of connecting with the more-than-human world through direct experience.

Since 1985, he has taught every year on courses at Schumacher College, in Devon, England, and has been part of the faculty for the MSc in Holistic Science programme since its inception in 1998. In 2000, he was the Steinbach Scholar in Residence at the Woods Hole Oceanographic Institute in Cape Cod, Massachusetts. From 2003-2011, Visiting Professor and Academic Director of the Holistic Thinking Program at the Graduate Institute, Connecticut, USA. In 2005, Visiting Professor of Evolutionary Science at the Wisdom University, Oakland, California. From 2005-2010 he was the Director of the Perrott-Warrick Project, funded from Trinity College, Cambridge University. He is currently a Fellow of the Institute of Noetic Sciences in California, a Fellow of Schumacher College in Devon, England, and a Fellow of the Temenos Academy, London.

In 1960, he was awarded a Major Open Scholarship in Natural Sciences at Clare College Cambridge, In 1962 he received the Cambridge University Frank Smart Prize for Botany, and in 1963 the Clare College Greene Cup for General Learning. In 1994, he won the Book of the Year Award from The Institute for Social Inventions for his book Seven Experiments That Could Change the World; In 1999 the Book of the Year Award from the Scientific and Medical Network for his book Dogs That Know When their Owners Are Coming Home, and won the same award again in 2012 for his book The Science Delusion (Science Set Free in the US).

He was among the top 100 Global Thought Leaders for 2013, as ranked by the Duttweiler Institute, Zurich, Switzerland's leading think tank.

He received the 2014 Bridgebuilder Award at Loyola Marymount University, Los Angeles, a prize established by the Doshi family "to honor an individual or organization dedicated to fostering understanding between cultures, peoples and disciplines." In 2015, in Venice, Italy, he was awarded the first Lucia Torri Cianci prize for innovative thinking.

In 2021 he was recognized as the 19th 'most spiritually influential living person in the world' by Watkins' Mind Body Spirit magazine. This is the 9th year in a row the Watkins’ Spiritual 100 has included Dr Sheldrake.

He lives in London with his wife Jill Purce. They have two sons, Merlin, who received his PhD at Cambridge University in 2016 for his work in tropical ecology at the Smithsonian Tropical Research Institute in Panama, and Cosmo, a musician.

Ways to Go Beyond And Why They Work: Seven Spiritual Practices in a Scientific Age (Coronet, London, 2019)

The Science Delusion: Freeing the Spirit of Enquiry (Hodder and Stoughton, London, 2012; published in the US as Science Set Free: 10 Paths to New Discovery, Random House, 2012)

The Sense of Being Stared At, And Other Aspects of the Extended Mind (Hutchinson, London, 2003; Crown, New York; new edition, 2013, Inner Traditions International)

The Rebirth of Nature: The Greening of Science and God (Century, London,1992; Bantam, New York)

The Presence of the Past: Morphic Resonance and the Habits of Nature (Collins, London, 1988; Times Books, New York; new edition, 2012, Icon Books)


With Ralph Abraham and Terence McKenna

Essay in How I Found God in Everyone and Everywhere: An Anthology of Spiritual Memoirs (Monkfish, 2018)

Rupert Sheldrake has spoken in many scientific and medical conferences, and has given lectures and seminars in a wide range of universities, including the following (from 2008-2019):