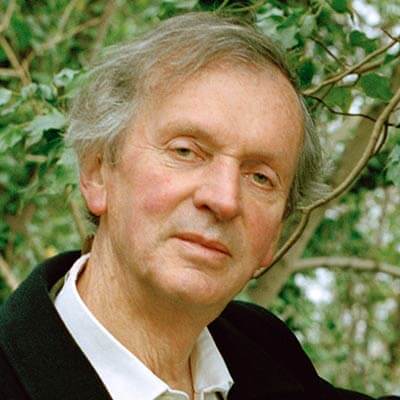 Frank Knox Fellow in the Graduate School at Harvard University. Studied philosophy and history of science.

Research student in Dept of Biochemistry, University of Cambridge. Ph.D. Thesis on "The Production of Hormones in Higher Plants".

Research Fellow and later Fellow of Clare College, Cambridge, and Director of Studies in Biochemistry and Cell Biology.

Royal Society Leverhulme Studentship at the University of Malaya. Research on morphogenesis in tropical ferns, and on the physiology of latex flow in rubber trees (in conjunction with the Rubber Research Institute of Malaya).

Royal Society Rosenheim Research Fellow. Research in Department of Biochemistry at Cambridge on the production and polar transport of the hormone auxin in higher plants, and on the control of plant differentiation and development. Also worked on the nature of ageing in plants and animals, and developed a new approach to the questions of senescence and rejuvenation.

Principal Plant Physiologist at the International Crops Research Institute for the Semi-Arid Tropics (ICRISAT), Hyderabad, India. Head of the Legume Physiology Programme (with 36 scientific and technical staff). Carried out an extensive research programme at the Institute's research farm and at other field stations in India and the Middle East. Developed a new double-cropping system with pigeonpeas, now widely used by farmers and contributing to increased food production.

Addressed the US Congressional Clearing House on the Future on new approaches to biology.

British representative at the UNESCO Colloquium in Venice on "Science and the Boundaries of Knowledge". Co-signatory of the Venice Declaration.

Visiting Professor at Universities of Colorado and Vermont

Publication of The Presence of the Past: Morphic Resonance and the Habits of Nature (Collins, London; Times Books, New York). Translated into French, German, Portuguese and Spanish.

Fellow of the Institute of Noetic Sciences, San Francisco, California.

Received the 1995 Medal of Honour at the annual "Science-Frontières" Festival in Cavaillon, France.

Publication of Dogs That Know When Their Owners Are Coming Home, And Other Unexplained Powers of Animals. (Hutchinson, London; Crown, New York). This book won the British Scientific and Medical Network Book of the Year Award for 1999. Translated into Chinese, Czech, Danish, Dutch, Finnish, French, German, Hungarian, Italian, Japanese, Korean, Polish, Portuguese and Spanish. A bestseller in Britain, Austria, Germany and the USA. New edition, 2011.

Leader of a course on animal behaviour at Schumacher College, together with Jane Goodall,.

Publication of The Sense of Being Stared At, And Other Aspects of the Extended Mind (Hutchinson, London; Crown, New York). Translated in Dutch, French German, Portuguese, Spanish and Turkish. New edition, 2013.

Visiting Professor and Academic Director of the Holistic Thinking Program at the Graduate Institute, Connecticut, USA

Fellow of Schumacher College. Nominated as one of the top 100 Global Thought Leaders for 2013, by the Duttweiler Institute, Zurich, Switzerland's leading think tank.

Publication of Ways to Go Beyond And Why They Work: Seven Spiritual Practices in a Scientific Age (Coronet, London, 2019; Monkfish Publishing, 2020).

Ways to Go Beyond And Why They Work: Seven Spiritual Practices in a Scientific Age (Coronet, London, 2019)

The Science Delusion: Freeing the Spirit of Enquiry (Hodder and Stoughton, London, 2012; published in the US as Science Set Free: 10 Paths to New Discovery, Random House, 2012)

The Sense of Being Stared At, And Other Aspects of the Extended Mind (Hutchinson, London, 2003; Crown, New York; new edition, 2013, Inner Traditions International)

The Rebirth of Nature: The Greening of Science and God (Century, London, 1992; Bantam, New York)

The Presence of the Past: Morphic Resonance and the Habits of Nature (Collins, London, 1988; Times Books, New York; new edition, 2012, Icon Books)


With Ralph Abraham and Terence McKenna

Essay in How I Found God in Everyone and Everywhere: An Anthology of Spiritual Memoirs (Monkfish, 2018)

Participated in a variety of television programmes in Britain, including BBC1 Tomorrow's World, and a feature in the BBC2 Heretics series in 1994. Also many TV programmes abroad, in Austria, Australia, France, Germany, Holland, Spain, Sweden, and the United States. In 1993, on Dutch Television (VPRO TV Hilversum) one of the participants in a record-breaking scientific series called A Glorious Accident (together with the philosopher Daniel Dennett, the physicist Freeman Dyson, the biologist Steven Jay Gould, the neurologist Oliver Sacks and the philosopher Stephen Toulmin), broadcast on the PBS network in the USA. Also participated in numerous programmes on BBC TV and ITV in Britain, on ABC, CBS, Discovery Channel, and other networks in the USA, on CNN, on CBC TV in Canada, etc.

As of August 2018 the channel has over 12 thousand subscribers and its videos a cumulative 8 years, 113 days of watch time.

He lives in London with his wife Jill Purce. They have two sons, Merlin, who received his PhD at Cambridge University in 2016 for his work in tropical ecology at the Smithsonian Tropical Research Institute in Panama, and Cosmo, a musician.

In addition to the books above, more than 85 scientific and technical papers (listed below) and numerous non-technical articles in New Scientist, The Spectator, Resurgence, The Ecologist, The Guardian , The Times, The Sunday Times, The Sunday Telegraph and in other British and foreign journals, newspapers and magazines.

The Hill Effect as a Test for Morphic Resonance Sheldrake.org (2021)

'Sacred Places: The Presence of the Past' Chapter 1 in The Psychology of Religion and Place: Emerging Perspectives (Eds. V. Counted and F. Watts) Palgrave-MacMillan, London. 2019.

Is Joint Attention Detectable at a Distance? Three Automated, Internet-Based Tests Explore: The Journal of Science and Healing (2016) 12 No.1: 34-41 (with Ashweeni Beeharee) PDF

Linking Minds Through Joint Attention: A Preliminary Investigation. Journal of the Society for Psychical Research (2015) 79 No. 4: 193-200 PDF

Telepathy in Connection with Telephone Calls, Text Messages and Emails. Journal of International Society of Life Information Science (2014), 32 No. 1, 7-15 PDF

Sensing the sending of SMS messages: an automated test Explore: The Journal of Science and Healing 5, 272-276. (with L. Avraamides and M. Novak) PDF

An automated test for telepathy in connection with emails.  Journal of Scientific Exploration 23, 29–36  (with L. Avraamides) PDF

The sense of being stared at: an automated test on the internet Journal of the Society for Psychical Research 72, 86-97. PDF

The sense of being stared at: do hit rates improve as tests go on? Journal of the Society for Psychical Research 72, 98-106. PDF

Testing for telepathy in connection with emails Perceptual and Motor Skills 101, 771-786. PDF

The sense of being stared at: Part 1: Is it real or illusory? Journal of Consciousness Studies 12, 10-31 PDF

The sense of being stared at: Part 2: Its implications for theories of vision. Journal of Consciousness Studies 12, 32-49. PDF

The non-visual detection of staring: Response to commentators. Journal of Consciousness Studies 12, 117-126 PDF

Listen to the Animals: Why did so many animals escape December's tsunami? The Ecologist, March 2005 PDF

A Filmed Experiment on Telephone Telepathy with the Nolan Sisters  Journal of the Society for Psychical Research 68, 168-172 (with Hugo Godwin and Simon Rockell) PDF

Experimental tests for telephone telepathy Journal of the Society for Psychical Research 67,184-199 (with P. Smart) PDF

Apparent telepathy between babies and nursing mothers: A survey Journal of the Society for Psychical Research 66, 181-185. PDF

The anticipation of telephone calls: a survey in California Journal of Parapsychology 65, 145-156. PDF

Experiments on the sense of being stared at: the elimination of possible artefacts Journal of the Society for Psychical Research 65, 122-137. PDF

The sense of being stared at does not depend on known sensory clues Biology Forum 93,, 209-224. PDF

A dog that seems to know when his owner is coming home: videotaped experiments and observations Journal of Scientific Exploration 14: 233-255. (with P. Smart) PDF

The 'Psychic Pet' phenomenon: correspondence Journal of the Society for Psychical Research 64: 126-128 PDF

Follow-up Research on the feeling of being stared at Skeptical Inquirer March/April, 58-61. PDF

The 'sense of being stared at' confirmed by simple experiments Biology Forum 92, 53-76. PDF

Commentary on a paper by Wiseman, Smith and Milton on the 'psychic pet' phenomenon Journal of the Society for Psychical Research 63: 306-311. PDF

A dog that seems to know when his owner is returning: preliminary investigations Journal of the Society for Psychical Research 62, 220-232 (with P. Smart) PDF

The sense of being stared at: experiments in schools Journal of the Society for Psychical Research 62, 311-323 PDF

Perceptive pets: a survey in North-West California Journal of the Society for Psychical Research 62, 396-406 (with D. J. Brown) PDF

Experimenter effects in scientific research: How widely are they neglected? Journal of Scientific Exploration 12, 73-78. PDF

Psychic pets: A survey in North-West England Journal of the Society for Psychical Research 61, 353-364 (with P. Smart) PDF

An experimental test of the hypothesis of formative causation Biology Forum 85, 431-443. PDF

Factors affecting growth and yield of short-duration pigeonpea and its potential for multiple harvests. Journal of Agricultural Science 109, 519-29 (with Y.S. Chauhan and N. Venkataratnam). PDF

The Anatomy of the Pigeonpea Research Bulletin No. 5, International Crop Research Institute for the Semi—Arid Tropics (ICRISAT), Patancheru (With S.S. Bisen) PDF

Three approaches to biology: I The mechanistic theory of life. Theoria to Theory 14, 125-144. PDF

The Anatomy of the Pigeonpea. ICRISAT Monograph Series, Hyderabad (with S.S. Bisen).

Physiology of growth, development and yield of chickpeas in India. Proceedings of International Workshop on Chickpea Improvement, 106-20. ICRISAT Publications, Hyderabad (with N.P. Saxena).

Effects of seed-grading on the yields of chickpeas and pigeonpea. Indian Journal of Agricultural Science 51, 389-93 (with N.P. Saxena and A. Narayanan). PDF

Pigeonpea (Cajanus cajan ) as a winter crop in peninsular India. Experimental Agriculture 15, 91-95 (with A. Narayanan).

Growth, development and nutrient uptake in pigeonpea. Journal of Agricultural Science 92, 513-26 (with A. Narayanan) PDF

Comparisons of earlier- and later-formed pods in pigeonpea (Cajanus cajan). Annals of Botany 43, 459-66 (with A. Narayanan) PDF

The effects of flower removal on the seed yield of pigeonpeas. Annals of Applied Biology 91,383-90 (with A. Narayanan and N. Venkataratnam) PDF

A hydrodynamical model of pod-set in pigeonpeas. Indian Journal of Plant Physiology 22, 137-43 PDF

Some effects of the physiological state of pigeonpeas on the wilt disease. Tropical Grain Legumes Bulletin 11, 24-25 (with A. Narayanan and J. Kannaiyan)

The expression and influence on yield of the 'double-podded' character in chickpea. Field Crops Research 1, 243-54 (with N.P. Saxena and L. Krishnamurthy) PDF

The production of hormones in higher plants. Biological Reviews 48, 509-59 PDF

The occurrence and significance of auxin in the substrata of bryophytes. New Phytologist 70, 519-26 PDF

Auxin in the cambium and its differentiating derivatives. Journal of Experimental Botany 24, 87-96 PDF

Cellulase in latex and its possible significance in cell differentiation. Planta, 89, 82-4 PDF

Some constituents of xylem sap and their possible relationship to xylem differentiation. Journal of Experimental Botany 19, 681- 9. (The above four papers with D.H. Northcote) PDF