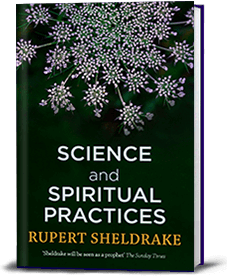 Transformative experiences and their effects on our bodies, brains and health

In this talk Dr Sheldrake summarizes the latest scientific research on what happens when we take part in many common spiritual practices.

Each year the Academy runs up to 100 lectures and seminars, and occasional film screenings and readings, offering education in philosophy and the arts in the light of the sacred traditions of east and West.