Abstract - The Production of Hormones in Higher Plants 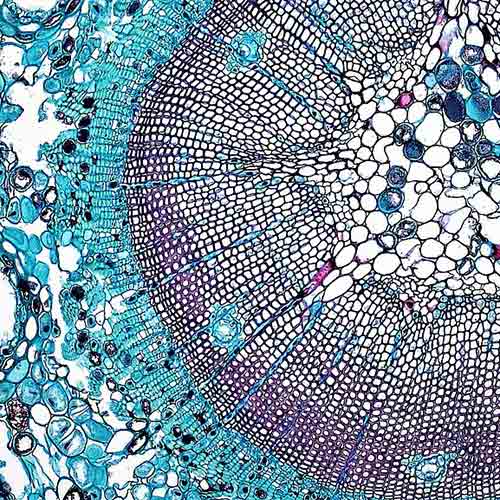 2 The natural auxin of plants, indol-3yl-acetic acid (IAA) is produced by a wide variety of living organisms. In animals, fungi and bacteria it is formed as a minor by-product of tryptophan degradation. The pathways of its production involve either the transamination or the decarboxylation of tryptophan. The transaminase route is the more important.

3 In higher plants auxin is also produced as a minor breakdown product of tryptophan, largely via transamination. In some species decarboxylation may occur but is of minor important. Tryptophan can also be degraded by spontaneous reaction with oxidation products of certain phenols.

4 The unspecific nature of the enzymes involved in IAA production and the probable importance of spontaneous, non-enzymic reactions in the degradation of tryptophan make it unlikely that auxin production from tryptophan can be regulated with any precision at the enzymic level. The limiting factor fro auxin production is the availability of tryptophan, which in most cells is present in insufficient quantities for its degradation to occur to a significant extent. Tryptophan levels are, however, considerably elevated in cells in which net protein breakdown is taking place as a result of autolysis.

5 An indole compound, glucobrassicin, occurs in Brassica and a number of other genera. It breaks down readily to form a variety of products including indole acetonitrile, which can give rise to IAA. There is, however, no evidence to indicate that glucobrassicin is a precursor to auxin in vivo.

6 Conjugates of IAA, e.g. IAA-aspartic acid and IAA-glucose, are formed when IAA is supplied in unphysiologically high amounts to plant tissues. These and other IAA conjugates occur naturally in developing seeds and fruits. There is no persuasive evidence for the natural occurrence of IAA-protein complexes.

7 Tissues autolysing during prolonged extraction with ether produce IAA from tryptophan released by proteolysis. IAA is produced in considerable quantities by autolysing tissues in vitro.

8 During the senescence of leaves proteolysis results in elevated levels of tryptophan. Large amounts of auxin are produced by senescent leaves.

9 Coleoptile tips have a vicarious auxin economy related to IAA from the seed. These move acropetally in the xylem and accumulate at the coleoptile tip. The production of auxin in coleoptile tips involves the hydrolysis of IAA esters and the conversion of labile, as yet unidentified compounds, to IAA. There is no evidence for the de novo synthesis of IAA in coleoptiles.

10 Practically all the other sites of auxin production are sites of both meristematic activity and cell death. The production of auxin in developing anthers and fertilized ovaries takes place in the regressing nutritive tissues (tapetum, nucellus, endosperm) as the cells break down. In shoot tips, developing leaves, secondarily thickening stems, roots and developing fruits auxin is produced as a consequence of vascular differentiation; the differentiation of xylem cells and most fibres involves a complete autolysis of the cell contents; the differentiation of sieve tubes involves a partial autolysis. There is no evidence that meristematic cells produce auxin.

11 The lysis ad digestion of cells infected with fungi and bacteria results in elevated tryptophan levels and the production of auxin. Viral infections reduce the levels of tryptophan and are associated with reduced levels of auxin.

12 Crown-gall tissues produce auxin. It is suggested that the crown-gall disease may involve at any given time the death of a minority of the cells which produce auxin and other hormones as they autolyse; the other cells grow and divide in response to the hormones.

13 Auxin is produced in soils, particularly those rich in decaying organic matter, by micro-organisms. This environmental auxin may be important for the growth of roots.

14 There is no convincing evidence that auxin is a hormone in non-vascular plants. The induction of rhizoids in liverworts by low concentrations of auxin can be explained as a response to environmental auxin.

15 Abscisic acid is synthesized from mevalonic acid in living cells. It is possible that under certain circumstances, abscisic acid or closely related compounds are formed by the oxidation of carotenoids.

17 Cytokinins are present in transfer-RNA (tRNA) of animals, fungi, bacteria and higher plants. They are probably formed in plants by the hydrolysis of tRNA in autolysing cells. There is evidence that they are also formed in living cells in root tips.

18 Ethylene is produced in senescent, dying or damaged cells by the breakdown of methionine.

19 It was shown many years ago that wounded and damaged cells produced substances which stimulate cell division. It now seems likely that the production of wound hormones and the normal production of hormones as a consequence of cell death are two aspects of the same phenomenon. Wounded cells can produce auxin, gibberellins, cytokinins and ethylene.

21 In spite of the fact that dying cells are present in all vascular plants, in all wounded and infected tissues, in certain differentiating tissues in animals, in cancerous tumours and in developing animal embryos, the biochemistry of cell death is a subject which has been almost completely ignored. Dying cells are an important source of hormones in plants; some of the many substances released by dying cells may also be of physiological significance in animals.