The Credit Crunch for Materialism 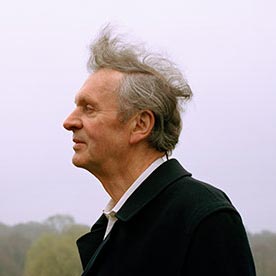 Rupert's Reply for the Reality Club - 2009:
WHAT WILL CHANGE EVERYTHING?
What game-changing scientific ideas and developments do you expect to live to see?

Credit crunches happen because of too much credit and too many bad debts. Credit is literally belief, from the Latin credo, "I believe." Once confidence ebbs, the loss of trust is self-reinforcing. The game changes. Something similar is happening with materialism. Since the nineteenth century, its advocates have promised that science will explain everything in terms of physics and chemistry; science will show that there is no God and no purpose in the universe; it will reveal that God is a delusion inside human minds and hence in human brains; and it will prove that brains are nothing but complex machines.

Materialists are sustained by the faith that science will redeem their promises, turning their beliefs into facts. Meanwhile, they live on credit. The philosopher of science Sir Karl Popper described this faith as "promissory materialism" because it depends on promissory notes for discoveries not yet made. Despite all the achievements of science and technology, it is facing an unprecedented credit crunch.

In 1963, when I was studying biochemistry at Cambridge I was invited to a series of private meetings with Francis Crick and Sydney Brenner in Brenner's rooms in King's College, along with a few of my classmates. They had just cracked the genetic code. Both were ardent materialists. They explained there were two major unsolved problems in biology: development and consciousness. They had not been solved because the people who worked on them were not molecular biologistsnor very bright. Crick and Brenner were going to find the answers within 10 years, or maybe 20. Brenner would take development, and Crick consciousness. They invited us to join them.

Both tried their best. Brenner was awarded the Nobel Prize in 2002 for his work on the development of the nematode worm Caenorhabdytis. Crick corrected the manuscript of his final paper on the brain the day before he died in 2004. At his funeral, his son Michael said that what made him tick was not the desire to be famous, wealthy or popular, but "to knock the final nail into the coffin of vitalism."

He failed. So did Brenner. The problems of development and consciousness remain unsolved. Many details have been discovered, dozens of genomes have been sequenced, and brain scans are ever more precise. But there is still no proof that life and minds can be explained by physics and chemistry alone.

The fundamental proposition of materialism is that matter is the only reality. Therefore consciousness is nothing but brain activity. However, among researchers in neuroscience and consciousness studies there is no consensus. Leading journals such as Behavioural and Brain Sciences and the Journal of Consciousness Studies publish many articles that reveal deep problems with the materialist doctrine. For example, Steven Lehar argues that inside our heads there must be a miniaturized virtual-reality full-colour three-dimensional replica of the world. When we look at the sky, the sky is in our heads. Our skulls are beyond the sky. Others, like the psychologist Max Velmans, argue that virtual reality displays are not confined to our brains; they are life-sized, not miniaturized. Our visual perceptions are outside our skulls, just where they seem to be. The philosopher David Chalmers has called the very existence of subjective experience the "hard problem" of consciousness because it defies explanation in terms of mechanisms. Even if we understand how eyes and brains respond to red light, for example, the quality of redness is still unaccounted for.

In biology and psychology the credit-rating of materialism is falling fast. Can physics inject new capital? Some materialists prefer to call themselves physicalists, to emphasize that their hopes depend on modern physics, not nineteenth-century theories of matter. But physicalism's credit-rating has been reduced by physics itself, for four reasons.

First, some physicists argue that quantum mechanics cannot be formulated without taking into account the minds of observers; hence minds cannot be reduced to physics, because physics presupposes minds. Second, the most ambitious unified theories of physical reality, superstring and M theories, with 10 and 11 dimensions respectively, take science into completely new territory. They are a very shaky foundation for materialism, physicalism or any other pre-established belief system. They are pointing somewhere new. Third, the known kinds of matter and energy constitute only about 4% of the universe. The rest consists of dark matter and dark energy. The nature of 96% of reality is literally obscure.

Fourth, the cosmological anthropic principle asserts that if the laws and constants of nature had been slightly different at the moment of the Big Bang, biological life could never have emerged, and hence we would not be here to think about it. So did a divine mind fine-tune the laws and constants in the beginning? Some cosmologists prefer to believe that our universe is one of a vast, and perhaps infinite, number of parallel universes, all with different laws and constants. We just happen to exist in the one that has the right conditions for us.

In the eyes of skeptics, the multiverse theory is the ultimate violation of Occam's Razor, the principle that entities should not be multiplied unnecessarily. But even so, it does not succeed in getting rid of God. An infinite God could be the God of an infinite number of universes.

Here on Earth we are facing climate change, great economic uncertainty, and cuts in science funding. Confidence in materialism is draining away. Its leaders, like central bankers, keep printing promissory notes, but it has lost its credibility as the central dogma of science. Many scientists no longer want to be 100% invested in it.

Materialism's credit crunch changes everything. As science is liberated from this nineteenth-century ideology, new perspectives and possibilities will open up, not just for science, but for other areas of our culture that are dominated by materialism. And by giving up the pretence that the ultimate answers are already known, the sciences will be freerand more fun.

Contributions on this question from other members... The Edge World Question Center