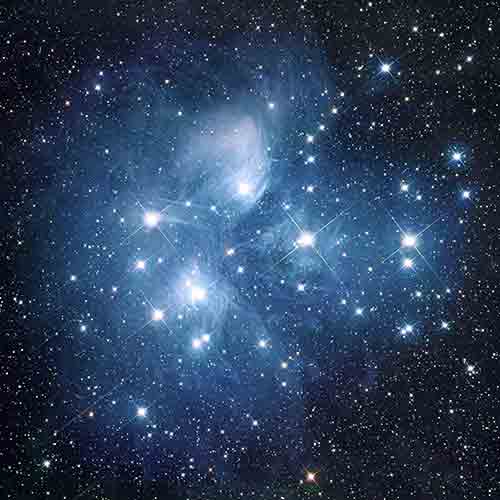 There is no need to suppose that all the laws of nature sprang into being fully formed at the moment of the Big Bang, like a kind of cosmic Napoleonic code, or that they exist in a metaphysical realm beyond time and space.

If we want to stick to the idea of natural laws, we could say that as nature itself evolves, the laws of nature also evolve, just as human laws evolve over time. But then how would natural laws be remembered or enforced? The law metaphor is embarrassingly anthropomorphic. Habits are less human-centred. Many kinds of organisms have habits, but only humans have laws.

Is this just a vague philosophical idea? I believe it can be formulated as a testable scientific hypothesis.

Many organisms live as free cells, including many yeasts, bacteria and amoebas. Some form complex mineral skeletons, as in diatoms and radiolarians, spectacularly pictured in the nineteenth century by Ernst Haeckel. Just making the right proteins at the right times cannot explain such structures without many other forces coming into play, including the organizing activity of cell membranes and microtubules.

I suspect that morphogenetic fields work by imposing patterns on the otherwise random or indeterminate patterns of activity. For example they cause microtubules to crystallize in one part of the cell rather than another, even though the subunits from which they are made are present throughout the cell.

Morphogenetic fields are not fixed forever, but evolve. The fields of Afghan hounds and poodles have become different from those of their common ancestors, wolves. How are these fields inherited? I believe, but cannot prove, that they are transmitted by a kind of non-local resonance, and I have suggested the term morphic resonance for this process.

The fields organizing the activity of the nervous system are likewise inherited through morphic resonance, conveying a collective, instinctive memory. The resonance of a brain with its own past states also helps to explain the memories of individual animals and humans.

Social groups are likewise organized by fields, as in schools of fish and flocks of birds. Human societies have memories that are transmitted through the culture of the group, and are most explicitly communicated through the ritual re-enactment of a founding story or myth, as in the Jewish Passover celebration, the Christian Holy Communion and the American thanksgiving dinner, through which the past become present through a kind of resonance with those who have performed the same rituals before.

Others may prefer to dispense with the idea of fields and explain the evolution of organization in some other way, perhaps using more general terms like "emergent systems properties". But whatever the details of the models, I believe that the natural selection of habits will play an essential part in any integrated theory of evolution, including not just biological evolution, but also physical, chemical, cosmic, social, mental and cultural evolution.

The Book
This question generated many eye-opening responses from a "who's who" of third culture scientists and science-minded thinkers.
A book based on the 2005 Question  What We Believe But Cannot Prove: Today's Leading Thinkers on Science in the Age of Certainty, edited by John Brockman with an introduction by the novelist Ian McEwan  has been published by the Free Press (UK). The US edition follows from HarperCollins in March, 2006.