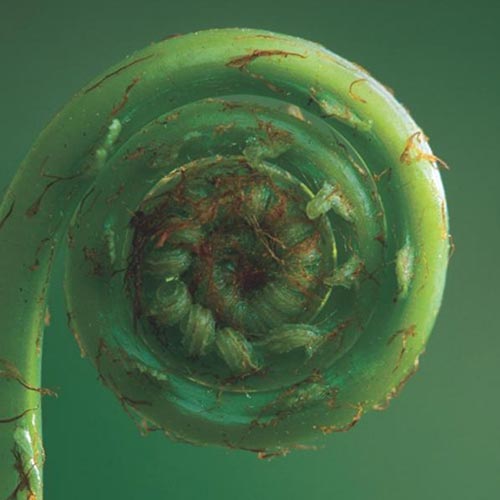 In the hypothesis of formative causation, discussed in detail in my books A New Science of Life and The Presence of the Past, I propose that memory is inherent in nature. Most of the so-called laws of nature are more like habits.

Many organisms live as free cells, including many yeasts, bacteria and amoebas. Some form complex mineral skeletons, as in diatoms and radiolarians, spectacularly pictured in the nineteenth century by Ernst Haeckel. Just making the right proteins at the right times cannot explain the complex skeletons of such structures without many other forces coming into play, including the organizing activity of cell membranes and microtubules. 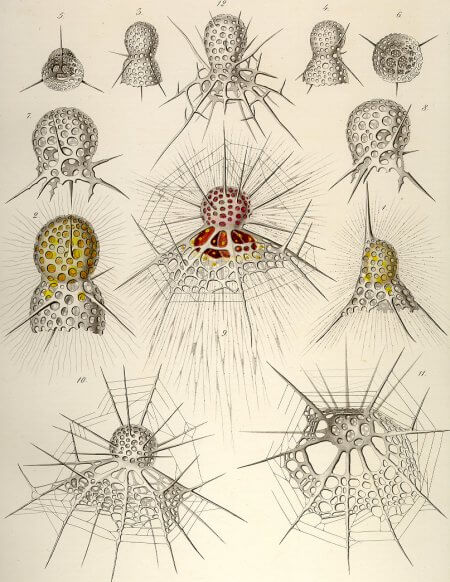 I suggest that morphogenetic fields work by imposing patterns on otherwise random or indeterminate patterns of activity. For example they cause microtubules to crystallize in one part of the cell rather than another, even though the subunits from which they are made are present throughout the cell. 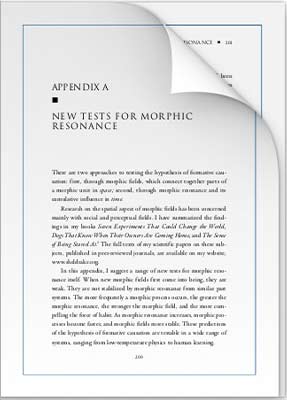 Morphogenetic fields are not fixed forever, but evolve. The fields of Afghan hounds and poodles have become different from those of their common ancestors, wolves. How are these fields inherited? I propose that that they are transmitted from past members of the species through a kind of non-local resonance, called morphic resonance.

The fields organizing the activity of the nervous system are likewise inherited through morphic resonance, conveying a collective, instinctive memory. Each individual both draws upon and contributes to the collective memory of the species. This means that new patterns of behaviour can spread more rapidly than would otherwise be possible. For example, if rats of a particular breed learn a new trick in Harvard, then rats of that breed should be able to learn the same trick faster all over the world, say in Edinburgh and Melbourne. There is already evidence from laboratory experiments (discussed in A New Science of Life) that this actually happens.

The resonance of a brain with its own past states also helps to explain the memories of individual animals and humans. There is no need for all memories to be "stored" inside the brain.

Social groups are likewise organized by fields, as in schools of fish and flocks of birds. Human societies have memories that are transmitted through the culture of the group, and are most explicitly communicated through the ritual re-enactment of a founding story or myth, as in the Jewish Passover celebration, the Christian Holy Communion and the American thanksgiving dinner, through which the past becomes present through a kind of resonance with those who have performed the same rituals before.

The memory of nature

From the point of view of the hypothesis of morphic resonance, there is no need to suppose that all the laws of nature sprang into being fully formed at the moment of the Big Bang, like a kind of cosmic Napoleonic code, or that they exist in a metaphysical realm beyond time and space.

If we want to stick to the idea of natural laws, we could say that as nature itself evolves, the laws of nature also evolve, just as human laws evolve over time. But then how would natural laws be remembered or enforced? The law metaphor is embarrassingly anthropomorphic. Habits are less human-centred. Many kinds of organisms have habits, but only humans have laws. The habits of nature depend on non-local similarity reinforcement. Through morphic resonance, the patterns of activity in self-organizing systems are influenced by similar patterns in the past, giving each species and each kind of self-organizing system a collective memory.

I believe that the natural selection of habits will play an essential part in any integrated theory of evolution, including not just biological evolution, but also physical, chemical, cosmic, social, mental and cultural evolution (as discussed in The Presence of the Past).

Fields of the mind

Morphic fields underlie our mental activity and our perceptions, and lead to a new theory of vision, as discussed in The Sense of Being Stared At. The existence of these fields is experimentally testable through the sense of being stared at itself. There is already much evidence that this sense really exists. You can take part in experiments on this website yourself. Read about the results of the online staring experiment conducted through this site.

The morphic fields of social groups connect together members of the group even when they are many miles apart, and provide channels of communication through which organisms can stay in touch at a distance. They help provide an explanation for telepathy. There is now good evidence that many species of animals are telepathic, and telepathy seems to be a normal means of animal communication, as discussed in my book Dogs That Know When Their Owners are Coming Home. Telepathy is normal not paranormal, natural not supernatural, and is also common between people, especially people who know each other well.

In the modern world, the commonest kind of human telepathy occurs in connection with telephone calls. More than 80% of the population say they have thought of someone for no apparent reason, who then called; or that they have known who was calling before picking up the phone in a way that seems telepathic. Controlled experiments on telephone telepathy have given repeatable positive results that are highly significant statistically, as summarized in The Sense of Being Stared At and described in detailed technical papers which you can read on this web site.

Telepathy also occurs with emails, as shown in my paper An Automated Test for Telepathy in Connection with Emails, Journal of Scientific Exploration 2009 PDF 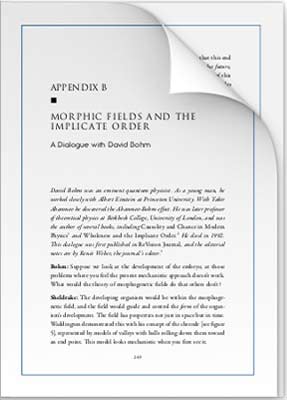 The hypothesized properties of morphic fields at all levels of complexity can be summarized as follows:

1. They are self-organizing wholes.

2. They have both a spatial and a temporal aspect, and organize spatio-temporal patterns of vibratory or rhythmic activity.

3. They attract the systems under their influence towards characteristic forms and patterns of activity, whose coming-into-being they organize and whose integrity they maintain. The ends or goals towards which morphic fields attract the systems under their influence are called attractors. The pathways by which systems usually reach these attractors are called chreodes.

5. They are structures of probability, and their organizing activity is probabilistic.

6. They contain a built-in memory given by self-resonance with a morphic unit's own past and by morphic resonance with all previous similar systems. This memory is cumulative. The more often particular patterns of activity are repeated, the more habitual they tend to become.