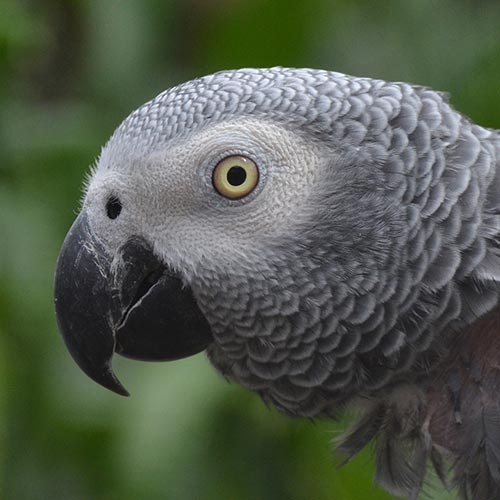 Abstract
Aimée Morgana noticed that her language-using African Grey parrot, N'kisi, often seemed to respond to her thoughts and intentions in a seemingly telepathic manner. We set up a series of trials to test whether this apparent telepathic ability would be expressed in formal tests in which Aimée and the parrot were in different rooms, on different floors, under conditions in which the parrot could receive no sensory information from Aimée or from anyone else.

During these trials Aimée and the parrot were both videotaped continuously. At the beginning of each trial, Aimée opened a numbered sealed envelope containing a photograph, and then looked at it for two minutes. These photographs corresponded to a prespecified list of key words in N'kisi's vocabulary, and were selected and randomized in advance by a third party. We conducted a total of 149 two-minute trials. The recordings of N'kisi during these trials were transcribed blind by three independent transcribers. Their transcripts were generally in good agreement. Using a majority scoring method, in which at least two of the three transcribers were in agreement, N'kisi said one or more of the key words in 71 trials. He scored 23 hits: the key words he said corresponded to the target pictures.

In a Randomized Permutation Analysis (RPA), there were as many or more hits than N'kisi actually scored in only 5 out of 20,000 random permutations, giving a p value of 5/20,000 or 0.00025. In a Bootstrap Resampling Analysis (BRA), only 4 out of 20,000 permutations equalled or exceeded N'kisi's actual score (p = 0.0002). Both by the RPA and BRA the mean number of hits expected by chance was 12, with a standard deviation of 3. N'kisi repeated key words more when they were hits than when they were misses. These findings are consistent with the hypothesis that N'kisi was reacting telepathically to Aimée's mental activity.