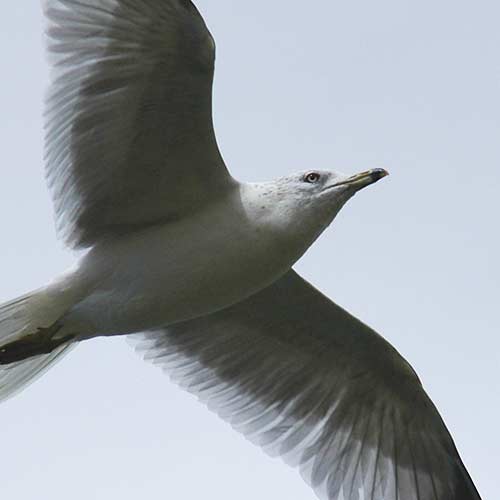 Rupert's Reply for the Reality Club - 2006:
MY DANGEROUS IDEA

No one knows how pigeons home, or how swallows migrate, or how green turtles find Ascension Island from thousands of miles away to lay their eggs. These kinds of navigation involve more than following familiar landmarks, or orientating in a particular compass direction; they involve an ability to move towards a goal.

Why is this idea dangerous? Don't we just need a bit more time to explain navigation in terms of standard physics, genes, nerve impulses and brain chemistry? Perhaps.

But there is a dangerous possibility that animal navigation may not be explicable in terms of present-day physics. Over and above the known senses, some species of animals may have a sense of direction that depends on their being attracted towards their goals through direct field-like connections. These spatial attractors are places with which the animals themselves are already familiar, or with which their ancestors were familiar.

What are the facts? We know more about pigeons than any other species. Everyone agrees that within familiar territory, especially within a few miles of their home, pigeons can use landmarks; for example, they can follow roads. But using familiar landmarks near home cannot explain how racing pigeons return across unfamiliar terrain from six hundred miles away, even flying over the sea, as English pigeons do when they are raced from Spain.

Charles Darwin, himself a pigeon fancier, was one of the first to suggest a scientific hypothesis for pigeon homing. He proposed that they might use a kind of dead reckoning, registering all the twists and turns of the outward journey. This idea was tested in the twentieth century by taking pigeons away from their loft in closed vans by devious routes. They still homed normally. So did birds transported on rotating turntables, and so did birds that had been completely anaesthetized during the outward journey.

What about celestial navigation? One problem for hypothetical solar or stellar navigation systems is that many animals still navigate in cloudy weather. Another problem is that celestial navigation depends on a precise time sense. To test the sun navigation theory, homing pigeons were clock-shifted by six or twelve hours and taken many miles from their lofts before being released. On sunny days, they set off in the wrong direction, as if a clock-dependent sun compass had been shifted. But in spite of their initial confusion, the pigeons soon corrected their courses and flew homewards normally.

Two main hypotheses remain: smell and magnetism. Smelling the home position from hundreds of miles away is generally agreed to be implausible. Even the most ardent defenders of the smell hypothesis (the Italian school of Floriano Papi and his colleagues) concede that smell navigation is unlikely to work at distances over 30 miles.

That leaves a magnetic sense. A range of animal species can detect magnetic fields, including termites, bees and migrating birds. But even if pigeons have a compass sense, this cannot by itself explain homing. Imagine that you are taken to an unfamiliar place and given a compass. You will know from the compass where north is, but not where home is.

The obvious way of dealing with this problem is to postulate complex interactions between known sensory modalities, with multiple back-up systems. The complex interaction theory is safe, sounds sophisticated, and is vague enough to be irrefutable. The idea of a sense of direction involving new scientific principles is dangerous, but it may be inevitable.