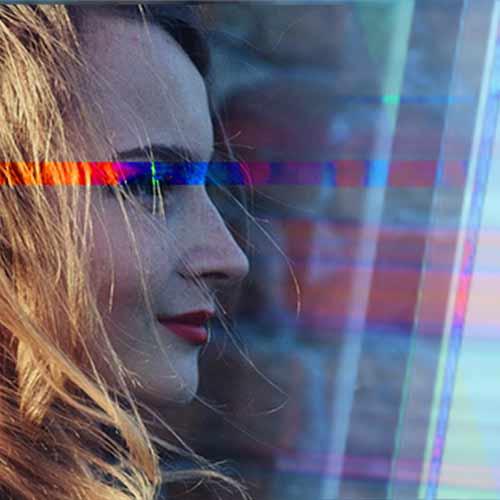 by Rupert Sheldrake
Skeptical Inquirer (2000), March/April, 58-61
From... Research on the Feeling of Being Stared At

David Marks (also a CSICOP Fellow) and John Colwell in their article "The psychic staring effect: An artifact of pseudo randomization" (September/October 2000 SI) claimed that my own results were an artifact arising from one of the randomization procedures I have followed: "When random sequences are used people can detect staring at no better than chance rates," they asserted. In this article I show that this claim is not true.

Marks and Colwell's claims
In January, 2000 the British Journal of Psychology published a paper entitled "The ability to detect unseen staring: A literature review and empirical tests" by John Colwell, Sadi Schröder and David Sladen. In their principal experiment, they used methods based on my own procedures, and followed my own randomized sequences of trials. They obtained strikingly significant (p<0.001) positive results that closely resembled my own findings (Sheldrake 1998, 1999). However, they argued that their participants' positive scores did not support the idea that people really can feel stares; instead, they were an artifact that arose from "the detection and response to structure" present in my randomized sequences. This is the paper on which Marks and Colwell based their SI article.

The background to this controversy
In my book Seven Experiments That Could Change the World (1994) I described how the feeling of being stared at could be investigated empirically both simply and inexpensively (Sheldrake, 1994). As well as carrying out many experiments of my own, I published detailed instructions on my web site (www.sheldrake.org) and more than 20,000 trials have now been carried out, many of them in schools and colleges.. These experiments have given positive, repeatable and highly significant results, implying that there is indeed a widespread sensitivity to being stared at from behind (Sheldrake 1998, 1999, 2000).

The results showed a characteristic and highly repeatable pattern, with highly significant positive scores in the looking trials and scores close to the chance level of 50% in the not-looking trials (Figure 1A).

This pattern is consistent with an ability to detect unseen staring (Sheldrake 1998a, 1999). If the sense of being stared at is real, it would be expected to work when people are indeed being stared at. In the not-looking trials the subjects were being asked to detect the absence of a feeling of being looked at, a situation with no parallel in real-life experience; and under these conditions their guesses were no better than chance. Hence an asymmetry between the two kinds of trial would be expected if there really were an ability to detect unseen staring. By contrast, if subjects were cheating or responding to subtle sensory clues, scores should be elevated symmetrically in both looking and the not-looking trials.

Experiment One
In their first experiment Colwell et al. (2000) followed my own procedures in most respects, but instead of testing a large number of subjects in just one or two sessions, as in my own experiments, they tested 12 subjects in 12 successive sessions. And instead of the participants working in pairs, taking turns as starers and subjects, one of the authors, Sadi Schröder, was the sole starer in all sessions. In the first three sessions the subjects received no feedback; in the following nine they received immediate feedback as to whether their guesses were correct or not.

In the sessions with feedback, in the looking trials 59.6% of the guesses were correct. By contrast, in the not-looking trials the results were exactly at chance levels, with 50% correct (Figure 1B). The overall accuracy of the subjects' guesses was significant at the p<0.001 level. These findings were in remarkable agreement with my own and those of other investigators. But Marks and Colwell (2000) tried to dismiss them as an artifact.

The first point in Marks and Colwell's argument was that the positive results were obtained when subjects were given feedback. I too have found that subjects perform better with feedback (Sheldrake 1994, 1999). We also agree that feedback can enable the participants to improve their performance with practice. Colwell et al. (2000) provided clear evidence for a learning effect, with a significant (p<0.003) linear trend of improvement in accuracy over nine sessions.

Marks and Colwell then postulated that the subjects' success when they were given feedback was due to an implicit learning of structures hidden in my randomized sequences. They showed by means of several tests that my sequences deviated from "structureless" randomness. Ironically, this was because I adopted a recommendation by Wiseman and Smith (1994) to use counterbalanced sequences containing equal numbers of looking and not-looking trials. Like Marks and Colwell, Wiseman and Smith (1994) obtained an unexpectedly positive result in a staring experiment and then tried to explain it as an artifact of the randomization procedure, but in their case they attributed it to a lack of counterbalancing.

The crux of Marks and Colwell's argument was that because of the deviations from "structureless" randomness in my sequences, participants given feedback could have learned implicitly to detect patterns, for example that there was a relatively high probability of an alternation after "two of a kind". But they offered no evidence that their participants in fact learned to follow such rules. They also failed to mention a fundamental flaw in their hypothesis, perhaps hoping that readers would not spot it. Implicit learning should in principle enable participants to improve equally in looking and not-looking trials. But this is not what happened. Significant improvements occurred only in the looking trials (Figure 1B).

Unlike Marks and Colwell (2000), Colwell et al. (2000) explicitly acknowledged this problem, but could only suggest that participants may have "focused more on the detection of staring than non-staring episodes." This begs the question. The subjects must have selectively detected when staring trials were happening, otherwise their scores would not have been above chance levels and shown such an improvement in successive sessions. This might have occurred because they could indeed detect when they were being stared at. 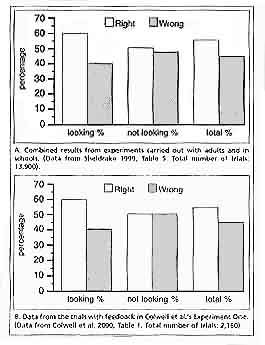 Figure 1.     Percentages of correct and incorrect guesses in experiments on the feeling of being stared at. Data for looking trials, not-looking trials and the overall totals are shown separately.

A.   Combined results from experiments carried out with adults and in schools. (Data from Sheldrake 1999, Table 5. Total number of trials: 13,900 ).

Colwell et al.'s second experiment was designed to test their pattern-detection hypothesis by using "structureless" random sequences. Sure enough, this time there was no significant overall positive score, although in two of the three sessions there was a highly significant excess of correct guesses in the looking trials.

At first sight, the overall non-significant result seems to confirm their hypothesis. But Marks and Colwell (2000) omitted to mention the crucial fact that in Experiment Two there was a different starer, David Sladen. Can we take it for granted that changing the starer made no difference?

There is already experimental evidence that different starers can obtain very different results. In tests carried out through closed-circuit television, Richard Wiseman, a skeptic, obtained results at chance levels when he was the starer. In the same experiment, another starer, Marilyn Schlitz, obtained statistically significant positive results (Wiseman and Schlitz 1997), replicating her significant positive results in previous experiments of this kind (Schlitz and LaBerge 1994, 1997).

Such experimenter effects are not symmetrical. The detection of Schlitz's stares by the participants under conditions that excluded sensory cues implies the existence of an unexplained sensitivity to stares. By contrast, the failure to detect Wiseman's stares implies only that Wiseman was an ineffective starer. Perhaps his negative expectations consciously or unconsciously influenced the way his looked at the subjects.

In Colwell et al.'s Experiment Two, the starer, Sladen, as one of the proponents of the pattern-detection hypothesis, was presumably expecting a non-significant result. His negative expectations could well have influenced the way in which he stared at the participants. It would be interesting to know if Sadi Schröder, the graduate student who acted as starer in Experiment One, was more open to the possibility that people really can detect when they are being stared at.

Other relevant experiments
Marks and Colwell claimed that their pattern-detection hypothesis invalidated the positive results of staring experiments carried out by myself and others. If these experiments had involved pseudo-random sequences and feedback, as required by their hypothesis, their criticism might have been relevant. But this is not how the tests were done, as they would have seen for themselves if they had read my published papers on the subject.

First, in more than 5,000 of my own trials, the randomization was indeed "structureless", and was carried out by each starer before each trial by tossing a coin (Sheldrake 1999, Tables 1 and 2). The same was true of more than 3,000 trials in German and American schools (Sheldrake 1998). Thus the highly significant positive results in these experiments cannot be "an artifact of pseudo randomization".

Second, when I developed the counterbalanced sequences that Marks and Colwell describe as pseudo-random, I changed the experimental design so that feedback was no longer given to the subjects. Since the pattern-detection hypothesis depends on feedback, it cannot account for the fact that in more than 10,000 trials without feedback there were still highly significant positive results (Sheldrake 1999, Tables 3 and 4).

In spite of their prior assumption that an ability to detect unseen staring must be illusory, both Baker (2000) and Colwell et al. (2000) in their first experiments obtained unexpected positive results consistent with such an ability. They attempted to dismiss these findings by question-begging arguments. In their second experiments, which gave the non-significant results they expected, an investigator with negative expectations acted as the starer. This arrangement provided favorable conditions for experimenter effects, already known to occur in staring experiments (Wiseman and Schlitz 1997). Both Baker and Marks and Colwell also failed to mention a large body of published data that went against their conclusions. In short, their claims were misleading and ill-informed.

For the full text of this paper see: Research on the Feeling of Being Stared At

David Marks attacked this research again in 2003 in The Skeptic, and also tried to explain away Rupert's work on return-anticipating dogs.

Rupert's reply in The Skeptic
The Need For Open-Minded Scepticism: A Reply to David Marks