Commentaries on Rupert and His Work 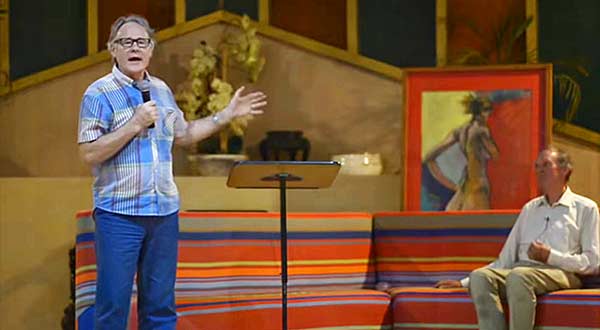 Essays and other constructive reflections by scientists and philosophers relating to Rupert's scientific ideas.

"Despite the triumphant rhetoric of mechanistic materialism, current biology has no shortage of unsolved fundamental problems. In 1981, seeking a way forward, Rupert Sheldrake proposed the hypothesis of 'formative causation' as a unifying organizing principle of life."

A British journalist, author and campaigner on health and environment issues, Oliver's interview with Rupert, Living Well in the Non-Materialist World, appeared in the Jan, 2018 edition of Resurgence & Ecologist magazine.

A dialogue from A New Science of Life, Appendix B.

The Duttweiler Institute in Zurich, Switzerland's leading think tank, has measured the influence of the world's most important thinkers, placing Rupert at 68th.

Ben writes on the similarity of morphic resonance and related theories from Lee Smolin, Charles Peirce and his own morphic pilot wave. 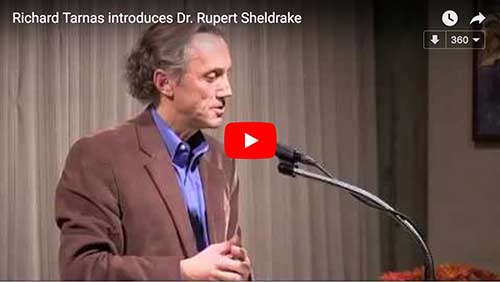 Professor Richard Tarnas: In Appreciation of an Open-Minded Scientist

In this ten minute introduction Richard Tarnas, Professor of Philosophy at California Institute of Integral Studies, and author of The Passion of the Western Mind outlines Sheldrake's qualities as an open-minded scientist.

On his website, Bernardo Kastrup's Metaphysical Speculations, the idealist philosopher and author recasts Rupert's hypothesis of morphic fields in light of his own philosophical idealism, wherein all of reality resides within the mind, and consciousness is all there is (March, 2012). 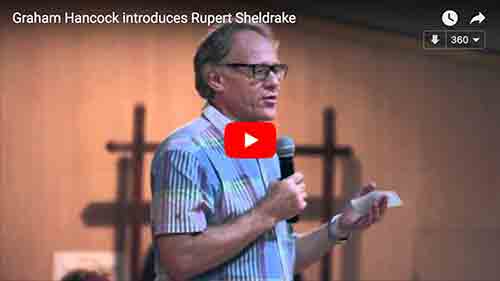 A warm introduction to Rupert by author and journalist Graham Hancock at the SYNCHRONICITY: Matter & Psyche Symposium, 2015.

An essay published in Frontier Perspectives (Vol 16 No 1, 2007), an English translation of the essay which first appeared in the book Rupert Sheldrake In Der Diskussion which presents a diversity of opinions about Sheldrake's hypothesis.

In his Masters dissertation Phillip Stevens examined whether scientists have treated Rupert fairly or not, given the precepts of the scientific community itself, and concludes that they have not. Stevens was interviewed about his dissertation on Skeptiko.

"I find his hypothesis to be one of the most innovative, careful, and refreshing scientific presentations of the last decade"
– Ken Wilber

"Rupert Sheldrake: the 'heretic' at odds with scientific dogma", February 2012.

Confirmation bias distorts thinking and causes people to slant all facts towards their preferred theory and away from opposing points of view. Matthew Cromer's June 4, 2007 post on — Science is a Method not a Position, Tracking experiments and observations that shine light on the blind spots of reductionistic materialism — a blog of outstanding interest.

A Spiritual Paradigm Shift For Healing And Wholeness: Biology Revisited, May 2006. 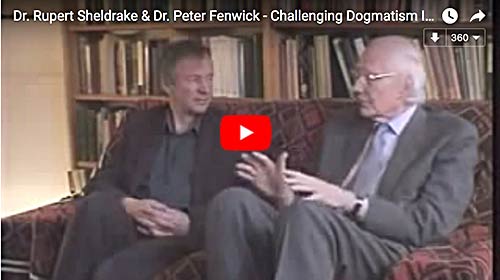 "Challenging Dogmas in Science" Hosted by David Lorimer, from The Scientific and Medical Network

An article from Contemporary Philosophy, 2000.

Frank Visser: Sheldrake and the Evo-Devo Revolution A Comparative Evaluation

"The Science Delusion: Freeing the Spirit of Enquiry"

Robert McLuhan: A Powerful Challenge to the Materialist Worldview

"We must find a new way of understanding human beings", The Guardian, Friday 27 January, 2012

In "Searching for truths" Jason Goodwin applauds a book that avoids the usual dogma and reminds us of the excitement of scientific inquiry.

John Poynton, Journal of the Society for Psychical Research Vol. 76.2, No. 907 PDF

"The Science Delusion: Freeing The Spirit of Enquiry"