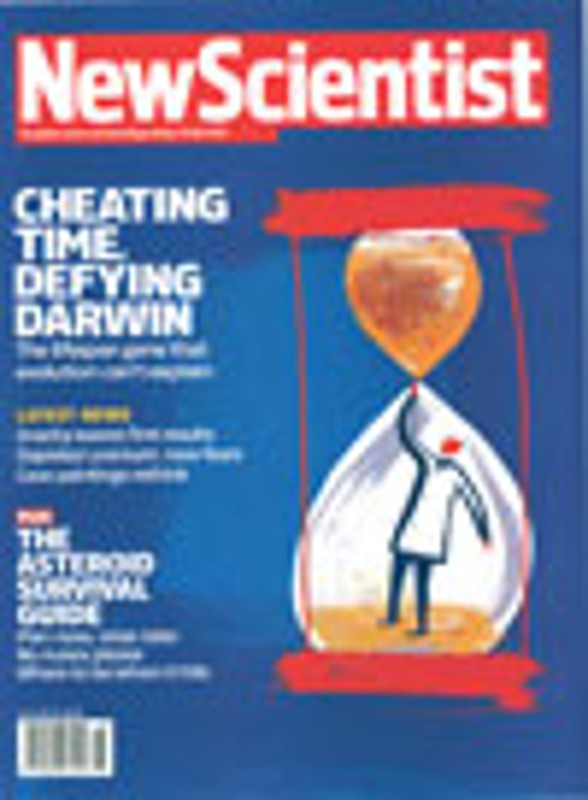 SCIENCE has always been elitist and undemocratic, whether in monarchies, communist states or liberal democracies. But it is currently becoming more hierarchical, not less so, and this trend needs remedying.

In the 19th century, Charles Darwin was just one of many independent researchers who, not reliant on grants or constrained by the conservative pressures of anonymous peer review, did stunningly original work. That kind of freedom and independence has become almost non-existent. These days, the kinds of research that can happen are determined by science funding committees, not the human imagination. What is more, the power in those committees is increasingly concentrated in the hands of politically adept older scientists, government officials and representatives of big business . Young graduates on short-term contracts constitute a growing scientific underclass. In the US, the proportion of biomedical grants awarded to investigators under 35 plummeted from 23 per cent in 1980 to 4 per cent today.

This is bad news. As science becomes more and more about climbing corporate career ladders, and less and less about soaring journeys of the mind, so the public's distrust of scientists and their work seems to grow. When allegations surfaced in a British newspaper earlier this year claiming that the food industry had "infiltrated" scientists into the World Health Organization in order to influence polices on processed foods, the WHO swiftly rejected the charge. But in the present climate of distrust, the analysis of the American public health academic whose leaked internal report to the WHO sparked the story will have rung true to many: "The easy movement of experts between private firms, universities, tobacco and food industries, and international agencies creates the conditions for conflict of interest."

Those who try to resist can have a difficult time. JoAnn Burkholder, a microbiologist at North Carolina State University in Raleigh, is just one of several environmental researchers in the US who have come under intense pressure in recent years to water down claims after uncovering findings damaging to the interests of the agricultural industry.

In 2000, a government-sponsored survey in Britain on public attitudes to science revealed that most people believed that "science is driven by business--at the end of the day it's all about money". Over three-quarters of those surveyed agreed that "it is important to have some scientists who are not linked to business". More than two-thirds thought "scientists should listen more to what ordinary people think".

Worried about this public alienation, the British government now says it wants to engage the wider public in a "a dialogue between science, policy makers and the public". In official circles, the fashion has shifted from a "deficit" model of the public understanding of science--which sees simple factual education as the key--to an "engagement" model of science and society.

This may be helpful, but it is not enough. There needs to be a different way of funding research. I suggest an experiment: spend 1 per cent of the science budget on research of real interest to lay people, who pay for all publicly-financed research through taxes. Then science would literally become more popular.

At present, money is spent according to agendas set by establishment scientists, corporations and government bureaucracies, and 99 per cent of the funding could continue to be allocated as it is now. But to decide how to spend that last 1 per cent in ways that reflect the curiosity and interests of ordinary people, it would be necessary to create a separate funding body, independent of the science establishment. We could call it the National Discovery Centre.

What questions capable of being answered by scientific research are in fact of public interest? The simplest way to find out would be to ask for suggestions. They could come from individuals, through the centre's web site. Some would come from local groups, some from national societies, local authorities, schools and trade unions. Potential subjects for research could be discussed in the media. Specially commissioned market research and opinion polls might also be helpful.

The National Center for Complementary and Alternative Medicine (NCCAM), established by the US Congress in 1998, sets a precedent. Complementary and alternative medicine are of great interest to millions of Americans, and NCCAM's current annual budget is $100 million. But before NCCAM's predecessor, the Office of Alternative Medicine, was set up by Congress in 1992, research in these fields was receiving practically no support through established agencies. This is still the case in most countries, including Britain.

The National Discovery Centre would be governed by a board representing a wide range of interests, including non-governmental organisations, schools and voluntary associations. It would publish a list of the research areas in which grants were available, and would invite proposals that would be evaluated by experts. It would not fund research already covered by the regular science budget.

This new venture, open to democratic input and public participation, would involve no additional expenditure, but would have a big effect on people's involvement in science and innovation. It would make science more attractive to young people, stimulate public interest in scientific thinking, and help break down the depressing alienation many people feel from science.

It would enable scientists themselves to think more freely. And it would be more fun.