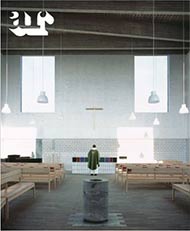 The ‘scientific worldview’ is based on the claim that all reality is material or physical. There is no reality but material reality. Consciousness is a by-product of the physical activity of the brain. Matter is unconscious. Evolution is purposeless. God exists only as an idea in human minds, and hence in human heads.

Together, these beliefs make up the philosophy of scientific materialism, a belief-system that became dominant within science in the late 19th century, and is now taken for granted by most educated Europeans. From the 17th to 19thcenturies, science was based on mechanistic dualism: the universe was a machine, and so were animals and human bodies, but human minds and God were immaterial, part of a separate spiritual reality. Materialism took mechanism further by denying anything immaterial: everything is material or physical.

For more than 200 years, materialists have promised that science will eventually prove their assumptions that living organisms are complex machines, minds are nothing but brain activity and nature is purposeless. The philosopher of science Karl Popper called this stance ‘promissory materialism’ because it depends on issuing undated promissory notes for discoveries not yet made. Despite all the achievements of science and technology, materialism is now facing a credibility crunch that was unimaginable in the 20th century.

In 1963, when I was studying biochemistry at the University of Cambridge, I was invited to a series of private meetings with Francis Crick and Sydney Brenner in Brenner’s rooms in King’s College, along with a few of my classmates. Crick and Brenner had recently helped to ‘crack’ the genetic code. Both were ardent materialists. They explained there were two major unsolved problems in biology: development and consciousness. Crick and Brenner were going to find the answers within 10 years, or maybe 20. Brenner would take developmental biology, and Crick consciousness. They invited us to join them.

Both tried their best. Brenner was awarded the Nobel Prize in 2002 for his work on the development of a tiny worm, Caenorhabdytis elegans. Crick corrected the manuscript of his final paper on the brain the day before he died in 2004. But the problems of development and consciousness remain unsolved. Many details have been discovered, dozens of genomes have been sequenced, and brain scans have become ever more precise. But there is still no proof that life and minds can be explained by physics and chemistry alone.

The fundamental proposition of materialism is that matter is the only reality. Therefore consciousness is nothing but brain activity. It is either like a shadow, an ‘epiphenomenon’, that does nothing, or it is just another way of talking about brain activity. However, among contemporary researchers in neuroscience and consciousness studies there is no consensus about the nature of minds.

Leading journals such as Behavioural and Brain Sciencesand the Journal of Consciousness Studies publish many articles that reveal deep problems with the materialist doctrine. The philosopher David Chalmers has called the very existence of subjective experience the ‘hard problem’. It is hard because it defies explanation in terms of mechanisms. Even if we understand how eyes and brains respond to red light, the experienceof redness is not accounted for.

In biology and psychology the credibility rating of materialism is falling fast. Can physics bail them out?

Physicists face several intractable problems of their own. The most ambitious unified theories of contemporary physics, string and M-theories, with 10 and 11 dimensions respectively, are untestable. Many scientists and philosophers of science regard untestable theories are unscientific. Untestable theories now dominate theoretical physics.

Since the beginning of the 21st century, it has become apparent that the known kinds of matter and energy make up only about four per cent of the universe. The rest consists of ‘dark matter’ and ‘dark energy’. The nature of 96 per cent of physical reality is literally obscure.

If the laws and constants of nature had been slightly different at the moment of the Big Bang, biological life could never have emerged, and we would not be here to think about it. Did a purposeful intelligence fine-tune the laws and constants in the beginning? Most leading cosmologists prefer to keep any hint of God out of the discussion and hypothesise that our universe is one of a vast number of parallel universes, all with different laws and constants. We just happen to exist in the one that has the right conditions for us. The problem is that there is not a shred of evidence that these other universes exist.

Materialism provided a seemingly simple, straightforward worldview in the late 19th century, but 21st century science has left it far behind. Its promises have not been fulfilled, and its promissory notes have been devalued by hyperinflation.

In my new book The Science Delusion, I turn the dogmas of materialist science into questions, and show that the sciences open up to all sorts of new possibilities when we stop pretending that we already know the answers.The sciences of the future will be shaped by the recognition that natural, self-organising systems – including atoms, molecules, crystals, cells, organisms and societies of organisms – are processes rather than things. They are organisms, not machines. They are animate, not inanimate, with mental as well as physical aspects. The entire universe is like a developing organism.

Architecture inevitably reflects the worldview of the society in which it takes place, and a change in scientific worldview is bound to have far-ranging consequences. We face unprecedented problems that modern science and technology have themselves helped to create. As the sciences are liberated from the materialist ideology, who knows where they will lead, and where societies, economies and architectures will go?