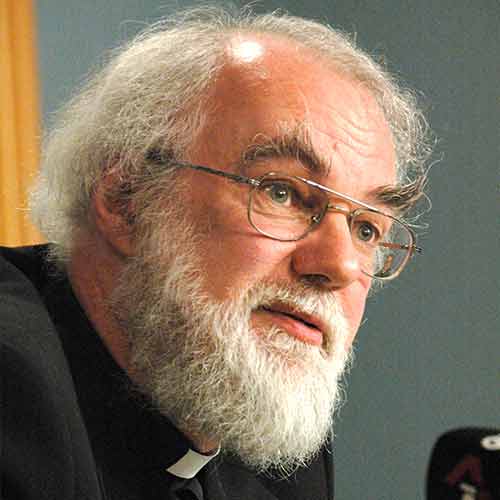 Dr Rowan Williams is a noted poet and translator of poetry, knowing ten languages. From 2002-2012 he served as the 104th Archbishop of Canterbury. He is a Fellow of the Royal Society of Literature and of the Learned Society of Wales. In 2013, he was made a life peer, becoming Lord Williams of Oystermouth, in the City and County of Swansea.