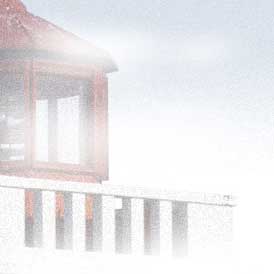 Reproduced from Matthew Cormer's blog Science is a Method, not a Position (AMNAP)

Tracking experiments and observations that shine light on the blind spots of reductionistic materialism: AMNAP has been fortunate enough to get a personal interview with Rupert Sheldrake. As most of you probably know, Dr. Sheldrake is one of most prolific scientific investigators of the topics covered by this blog. Here are the questions I asked and Rupert's answers:

AMNAP: What experiments are you personally conducting and / or coordinating these days?

AMNAP: It's been a decade since the publication of your book Seven Experiments that could Change the World. Have you thought of an eighth (or more) experiment that would be worth adding to the list?

RS: I have already added several more experiments to the list of seven. Perhaps the most notable is the telephone telepathy test, on which I've published several papers and which has been giving very positive and highly significant results. This is the background for the online telepathy test currently on my website.

AMNAP: Why do you think that parapsychology and related areas of study are so disreputable to "mainstream" science?

RS: Parapsychology has been under a kind of taboo for decades. I think this is because psychic phenomena became classified as superstition by Enlightenment rationalists, who wanted to move beyond superstition and religion, to a new era of science and reason. Unfortunately this hope has hardened into dogma and ironically, people who defend these taboos become very unscientific and very unreasonable.

AMNAP: I found your research with JayTee to be some of the most convincing evidence for the existence of telepathy. The effect size was very large and even a hard-core "skeptic" like Richard Wiseman was easily able to replicate your data. Are you aware of anyone conducting ongoing research with other animals like Kane and JayTee to try and replicate your findings with other return-anticipating pets?

RS: I don't know of anyone trying to replicate our work with return-anticipating pets. I wish someone would do this. It would be very good to have some filmed experiments with cats, and also with parrots. This would make a good student project and I hope someone will take it up.

AMNAP: You've been involved with a lot of different projects since the publication of A New Science of Life. Educational videos and series, books touching on spirituality and science, conducting experiments and writing scientific papers, interviews, writing books, and family life too. What do you see as your major projects over the next decade?

RS: My main projects over the next few years are likely to be automated tests for telepathy and other psychic phenomena. I think that democratising this research and opening it up to widespread participation is extremely important. The internet provides a wonderful way of doing that. I hope also that large scale participation in experiments on the sense of being stared at will also be possible both through the internet and in school and college classes.

In addition to these interests in unexplained human and animal phenomena, I continue with my original fascination with biological morphogenesis, and am particularly interested in the forms of leaves and how they develop. The idea of morphic fields arose first of all in developmental biology, and I still see this as one of the core areas in which biology needs to move forward.

AMNAP: One of the benefits to a "standard" academic career is the opportunity to mentor young people to follow in one's footsteps, carry on one's work, etc. Your book Seven Experiments That Could Change the World seemed to have that sort of a feel to it. Are you seeing any young people picking up the gauntlet and carrying out the sorts of experiments that could change the world? Any names in particular we ought to pay attention to?

RS: Very few people within universities at the graduate level have taken up the kinds of experiments I do. This is not through shortage of interest, but because over and over again graduate students who get interested are advised by their academic supervisors that they should do something conventional unless they want to damage their careers. Regrettable though it is, I'm afraid this is probably sound advice. It reflects the reality of the prejudices that are still so strong within the academic world. On the other hand dozens of undergraduates and high school students have done projects based on my research, and have made an important contribution to knowledge in this field. I have recently launched on a trial basis a Work Scholar programme, which encourages people in schools and colleges to take part in my research projects and gain research experience by doing so.

AMNAP: Is there anything that people can say or show to "skeptics" that might change their minds about the possibility that something beyond a dead, mechanistic universe might be real?

RS: One of the biggest problems for the mechanistic worldview is consciousness itself. Those who believe that mechanistic science can explain everything have not done too well in the area of consciousness studies, although they still hope that somehow the study of brain activity will lead to an understanding of the nature of the mind. But very few people think this problem can be solved easily. In fact, in academic circles is it usually called "the hard problem".
I hope that if there is good, repeatable evidence for telepathy in animals and people this will also have an impact on "sceptics". Many have had these experiences themselves, or know people who have but are forced to deny them in the interests of what they think of as science. However if it can be showed through scientific investigations themselves that the evidence for these phenomena is stronger than the evidence against them, I think this will help to open things up. Some "sceptics" are afraid that if telepathy is admitted to exist, then science as we know it will crumble. This is not the case. I hope when they realise that they needn't be so afraid that their minds will be more open. Richard Dawkins has recently suggested the term "perinormal", meaning near the normal, for phenomena like telepathy as opposed to "paranormal", which means beyond the normal. I agree with him that these phenomena could become accepted as part of normal science and I hope this change will come about quite soon.

AMNAP: The main current of thought in science and academia is incredibly reductionistic. Seemingly more today than ever before. Everywhere you hear about the power of the genome to control virtually all aspects of human physiology and behavior, how neurology and brain biochemistry experiments have disproved the existence of a soul, and that self-replicating machines and strong AI are just around the corner. In the background there are a few voices with a different message, but those voices seem so marginalized and so ignored. Do you see any hope for a sea change in the scientific establishment's position any time soon?

RS: The reductionistic, molecular biological approach has dominated biology for more than forty years. It has led to a vast amount of detailed information, like the sequences of the genomes of many different organisms. But it has still not given us an understanding of fundamental biological problems like the development of embryos and plants. Increasing numbers of molecular biologists are coming to realise that they are drowning in data and need to have some simplifying principles, some way of understanding how all this molecular detail has organised and integrated. I think this will lead to an interest in more holistic approaches to biology and that this could start to happen soon.

Thank you very much Rupert for participating in this interview. I'm sure the readers of AMNAP will find your answers as interesting and thought-provoking as I did. Make sure you check out Rupert's web site and read some of his peer-reviewed research.